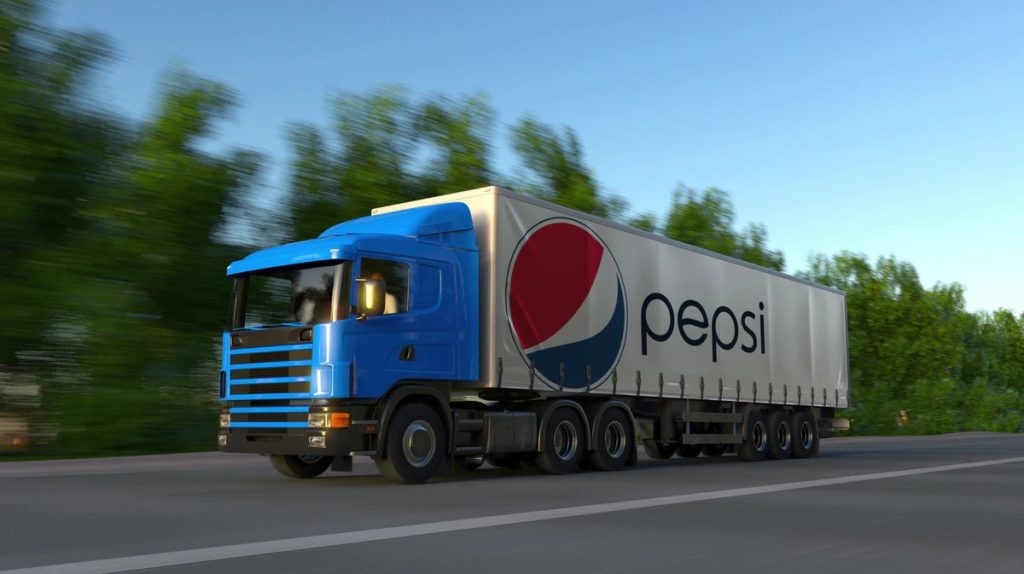 How fuel cell and electric trucks could impact regional haul

Industry experts share the results from the 2019 Run On Less Regional event and how electrification and hydrogen fuel cell technology can enter the regional haul market.

Back in June, the North American Council for Freight Efficiency (NACFE) released the results from the 2019 Run on Less Regional event – a three-week assessment that followed 10 different fleet drivers around the country documenting each vehicle’s regional travel. The goal? To determine miles traveled, fuel consumed, pickups and deliveries, elevation change, and vehicle speed among others. The ACT News Aug. 6 webinar, “Keeping It Real: Regional Haul, Zero-Emissions, and Heavy-Duty Tractors,” shared additional insights on what is needed to adopt both battery-electric and hydrogen fuel cell technologies for regional haul applications.

One of the biggest findings reported by FleetOwner in June was that “truck models complemented with the right equipment can increase the regional haul average from 6 mpg to 8.3 mpg,” traveling 435 miles per day on average.

During the webinar, Mike Roeth, executive director of NACFE and regular contributor to FleetOwner, discussed the growth of regional haul.

“Growth in regional haul is good,” Roeth said. “The reason we say it’s good is because it will attract more drivers. Of those 10 drivers, maybe four of those 10 probably wouldn’t be driving a truck if they went all over the country. Secondly, it’s good because of the return-to-base options.” 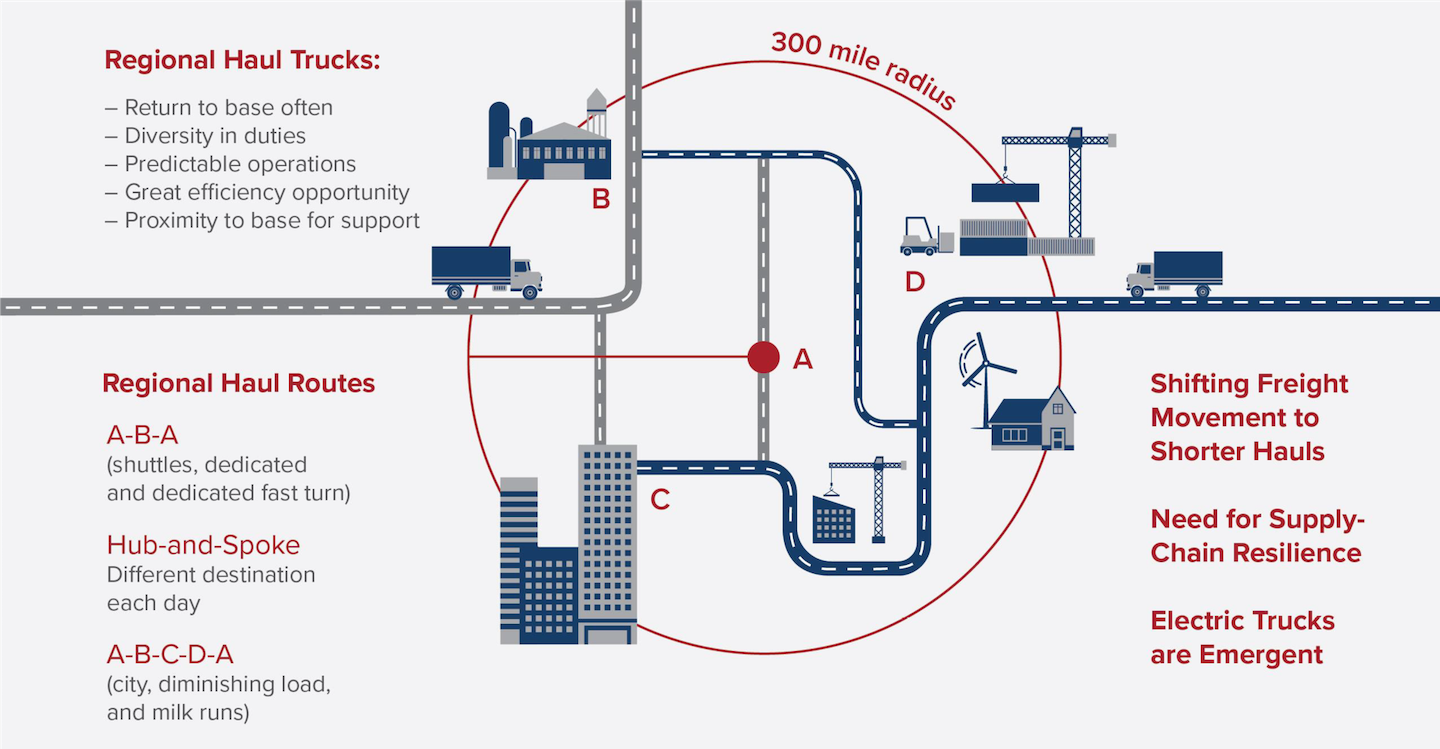 NACFE advised the regional haul drivers in the study followed a variety of regional haul routes, including A-B-A which refers to the same out-and-back routes daily; hub-and-spoke referring to a different out-and-back destination daily; and A-B-C-D-A routes which included multiple routes each day.

The 800,000 trucks within the regional haul market, which NACFE defines as Class 7 and 8 tractors that operate within a 300-mile radius of a home base, consume 8 billion gallons of diesel annually with an average fuel consumption rate of 6.0 mpg.

“With all of this opportunity with electric and hydrogen fuel cell coming, who knows where we’ll get to and how fast, but a significant amount of that diesel and petroleum-based fuel can go away,” Roeth added.

Andrew Kotz, commercial vehicle research engineer at the National Renewable Energy Laboratory (NREL) who helped analyze the Run on Less Regional data, provided insight during the ACT webinar on the importance of electrification in the regional haul market.

“I want to reiterate the importance of electrifying these vehicles,” Kotz said. “Regional and long haul make up 1.1% of the U.S. vehicle population, but they account for 17% of the fuel use, so electrifying one of these vehicles can have a huge impact on a per vehicle basis. But first, we need to figure out battery size, charge rate and infrastructure are needed to make that happen.”

To experiment with this idea, Kotz presented a simple model to demonstrate what it would look like if a gas tank was replaced with a battery. 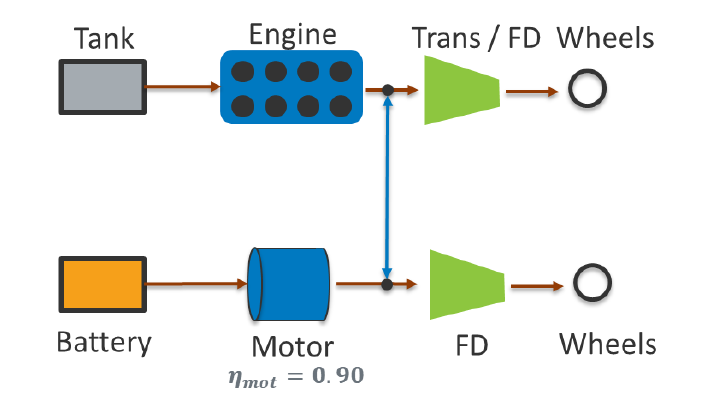 Simplified model to determine what it would look like if a gas tank was replaced with a battery.Photo: National Renewable Energy Laboratory

Assuming 90% of the energy makes it to the wheels, “we were able to test different battery size and charge rate scenarios to see what would allow [a truck] to complete a day of operation that we recorded.”

Using multiple on-road scenarios using A-B-A routes, Kotz determined that bigger batteries are needed to complete recorded trips if charging solely at the truck depot, and that on-route charging can enable a high penetration of electric tractor. However, Kotz confirmed advancements in technology or changes in operation are needed for full electrification.

“If you want a full-service, heavy-duty truck that can carry the payloads, manage the routes and long distances without a lot of charging and infrastructure hassles, you really want a [hydrogen[ fuel cell truck,” Mace stated during the ACT webinar. 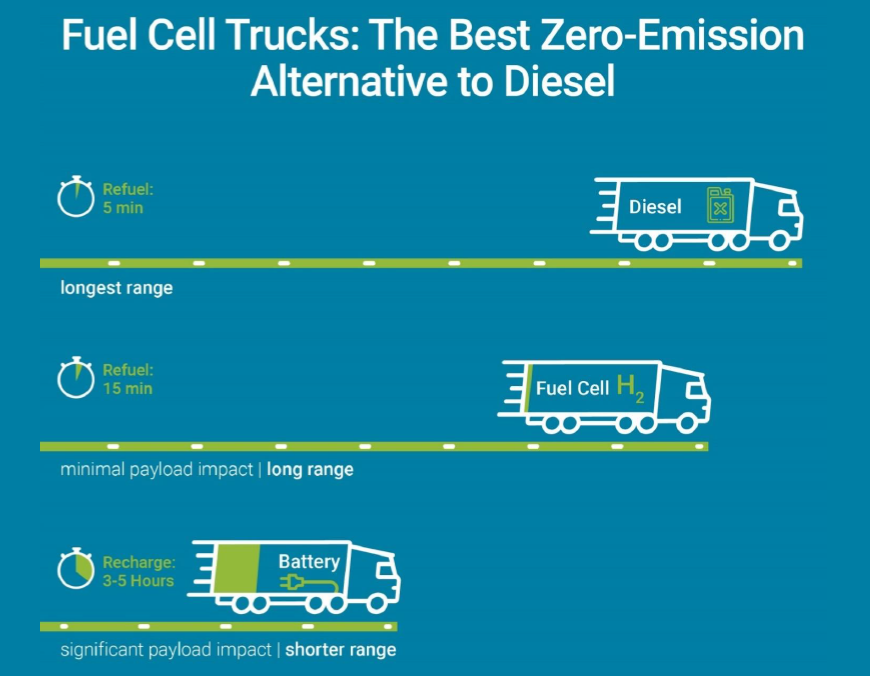 “We believe as designs mature and integration on the vehicles improve, that the fuel cell truck will become capable of carrying full payloads over these long-range distances,” Mace added.

In order to see more widespread adoption of fuel cell technology, Mac suggests the following must be done: