Telematics: From Research to Implementation 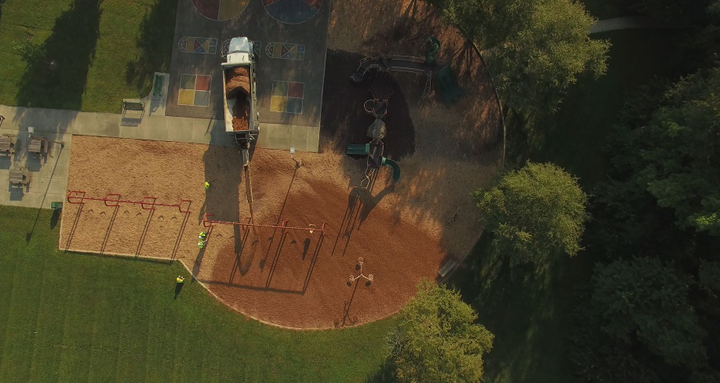 Telematics: From Research to Implementation

For small fleet operators who haven’t yet considered a telematics system, or for fleets that are running on systems with outdated technology, they’re likely missing out on a potential goldmine in operational cost savings.

But with so many options available in the market, how do fleet operators choose the right one, or if they have a system, upgrade with their current telematics service provider (TSP) or move on to a new one?

According to three company fleet managers, the key to maximizing the benefits of any telematics system starts with understanding the company’s operational needs and goals and then matching those needs to the right solution.

For fleet owners and managers who face the prospect of replacing obsolete telematics hardware, particularly before their service contracts are fulfilled, Elton John’s 1974 hit “Don’t Let the Sun Go Down on Me” could be their song dedication to their TSPs.

Over the last two decades, the technology of telematics has undergone three major changes, says Dev Bhatia, chief marketing officer for Momentum IoT. With telematics on the verge of a fourth major transition from third generation or Gen 3 technology to LTE Cat-M or Category M technology, Bhatia warns fleet operators to be aware of a network sunset.

“When a sunset occurs, devices that are out in the field literally turn into bricks (unless they’re replaced),” Bhatia explains. “That’s a huge cost.”

LTE Cat-M is designed specifically for the next generation of telematics devices. It utilizes LTE cellular technology to deliver more bandwidth — allowing for more robust services such as load monitoring and driver coaching — while using less power.

Some TSPs actually make fleets pay for that new hardware even as they are locked into a contract with their old hardware, he adds. Bhatia advises fleet managers and owners to ask TSPs what network technology they offer. If they haven’t deployed LTE Cat-M, they should find out if the TSPs will replace old technology with new upon deployment.

Bhatia says that telematics network technology typically lasts about five years before it’s replaced, and 3G has been around at least three years. Most TSPs are on 3G right now, with only a few TSPs having deployed LTE Cat-M network technology, Bhatia says.

For fleets choosing a telematics system, Bhatia also suggests asking TSPs if they:

“Google certainly helps (in determining a list of which systems to consider),” advises Aaron Witmer, chief operating officer for Gravel Conveyors Inc. (GCI). “But you have to get into product demos. You have to give these salespeople and engineers an hour of your time to let them show you what their software can do.”

The Zionsville, Ind.-based company manufactures aggregate conveyor systems and slinger bodies for dump trucks, along with operating a fleet of 21 trucks for gravel delivery.

Five years ago, Witmer says the company brought him on to apply his metrics-based management approach to the company’s operation. Before his tenure, the company had operated a legacy GPS tracking system, but let the contract lapse.

“With the old system, it used to be, ‘where are my dots on the map?’” he says. “It used to be a babysitter. (The systems today are) so much more than that.”

With construction coming back as the local economy recovered from the Great Recession, his company needed the reportable and quantifiable data the right telematics system could offer.

In addition to controlling operating costs, GCI also needed to prove the value of its rock-slinging work and the conveyor system the company was marketing. “(What tipped the scales) for us? It was being able to track our PTOs (power take-off operation),” Witmer says.

Witmer says primarily because of its PTO tracking capability, he chose a fleet management program called Fleetmatics Reveal, which was later purchased by Verizon and rebranded as Verizon Connect Reveal.

Generally, companies that operate stationary equipment like pumps, cement mixers, and gravel conveyors don’t have to pay federal taxes on the fuel their truck engines burn while powering PTOs. With careful documentation, they can apply for fuel tax reimbursements from state revenue agencies.

However, some companies choose not to pursue those tax rebates since tracking the fuel expenditure can be cumbersome and time-consuming. And for those companies that choose to pursue them, calculating those figures without reliable data can potentially place them in the crosshairs of costly state agency audits.

In terms of implementation, Witmer cautions the process often takes longer than expected.

“You need to find the one you want and play around with it for a few weeks to make sure it’ll work, then learn the team you’ll be working with, place the order, then get installers out. That takes time.”

He says the process from the beginning of his research to completion of installation took six months.

Sometimes changing circumstances can make the need for telematics more apparent. Take for instance the case of Treasure Valley Fire: Steve Rooks a company partner, says for years he didn’t see much value in having telematics systems installed in his company’s trucks.

First, connectivity in the rural areas where his company is based had always been a challenge. Second, his company prefers to run older trucks because they’re not equipped with the computers and other electronics that can tend to fail in the punishing conditions his company’s equipment encounters. So, there really wasn’t much in the way of vehicle performance data to monitor and analyze.

Treasure Valley Fire of Baker, Ore., provides fire suppression and emergency services as a seasonal firefighting contractor for the U.S. Forest Service, FEMA, and fire departments across the country.

Last year, Treasure Valley Fire was one of hundreds of firefighting crews and emergency responders who answered the call for assistance during the 2018 California wildfire season. There were more than 8,500 fires that burned 1.6 million acres and resulted in more than 100 deaths, including six firefighters, and $12 billion worth of insurance claims.

The California wildfire experience instilled a greater appreciation for the higher degree of visibility available with the right telematics system, Rooks says.

“As the company grew, we needed a better handle on our equipment,” he adds. “And as fires grow more complex, we started thinking maybe we needed to see where our guys are to help them when they need help.”

Treasure Valley Fire chose Momentum IoT, a software-as-a-service fleet management platform. Momentum IoT allows users to connect multiple assets such as trucks and light and heavy equipment and see them on a mobile-friendly application, making it ideal for managers like Rooks who are often in the field.

Rooks says there were essentially three things that were important to him and his partners when choosing a TSP: simplicity of use, an affordable pricing structure with no long-term contracts, and a willingness to engineer not-yet-available features Treasure Valley might want to add later to enhance productivity.

“Seasonality of our business was the other big factor that I took into account,” Rooks says. “I’ve got these big trucks that, come the middle of October, they lock down in our warehouse and there they will sit for the next eight months.”

Similar to Gravel Conveyors, Mesa, Ariz.-based Trio Forest Products Inc., had been using a telematics system for years, but found a new TSP with better options and updated technology. Trio’s Dru Lanoue, office manager, says her company in 2010 switched to GPS Insight, which has a partnership with her company’s business management software.

As a wholesale lumber supplier, Trio Forest Products operates a fleet of five heavy-duty trucks, as well as one Ford F-550, a Ford F-750, and a Peterbilt Model 330.

“Back in 2010, we found that GPS Insight provided a more robust system with the capability to set up speed monitoring and alerts and geofencing,” Lanoue says.

The telematics investment paid off dramatically two years later when a truck loaded with the company’s most expensive lumber product was stolen. Police were able to track the unit all the way to California, where they apprehended the thief and recovered the truck and lumber.

When it comes to choosing a telematics system, “It isn’t all about pricing,” Lanoue says.

Some solutions purport to save money on hardware costs through an app-based system on company- or employee-owned smartphones or tablets. “Make sure you’re covering your bases, because if you don’t own (the device), you don’t control the business information on it,” she says.

Lanoue also brings up the security concerns should a driver leave his or her device where customer information can be accessed.

Previous Post
Hot Takes: Mobility Initiatives We Could See Sooner, and Why
Next Post
Making the ROI Case for Telematics