Hot Takes: Mobility Initiatives We Could See Sooner, and Why 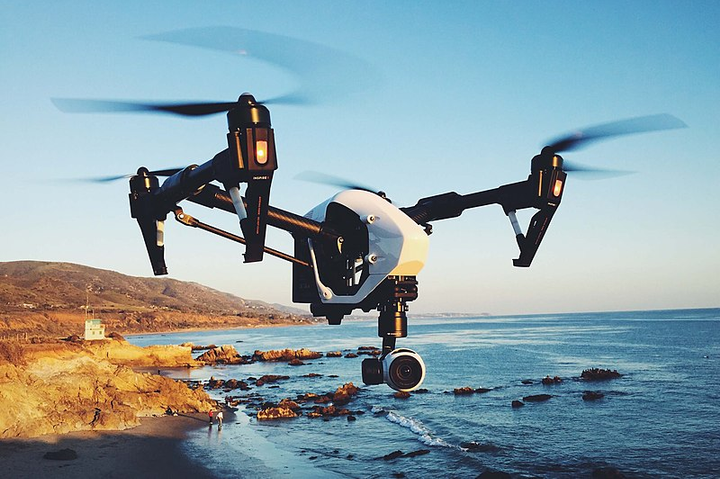 Drone operations could become a component of fleet operations. Photo via Elmekkaoui abdelghani/Wikimedia.

Hot Takes: Mobility Initiatives We Could See Sooner, and Why

Note: Hot Takes is an analysis of recent mobility news and reader’s comments from a fleet perspective, which will be included in each Fleet Forward newsletter.

With so many new business models promising to change every aspect of how we move goods and people, it’s hard to understand which will become reality, and when. A good indicator is to look at the initiatives that will drive immediate efficiencies and cost savings with the fewest technological hurdles in their way.

Take the drone market: only a few years ago, the delivery drone concept seemed dismissible as science fantasy. Today, it’s looking a lot closer to reality.

Drones aren’t made to go long distances, nor can they carry heavy objects. That said, Amazon says 86% of its packages weigh less than 5 pounds. And Walmart, which is doing its own drone tests, says that 70% of Americans live within 5 miles of a Walmart store. With a purported per-unit cost of less than $1.00 per drone delivery, drone deliveries start to make a lot of sense.

One major hurdle is federal (and potentially state, and local) regulations. This is the sneaky importance underlying the recent news that UPS is launching a drone delivery service. Along with Google, the package delivery company is working with the FAA to ease the biggest regulatory barriers to drone deliveries: flying beyond line of sight, at night, and with an unlimited number of drones.

When this happens, Amazon, Google, Walmart, and UPS will swarm the market. Drone operations could become a component of fleet operations.

The immediate questions surrounding autonomous vehicles usually begin with when. With so many unsolved parameters surrounding wide-scale autonomous deployment, defining a timeline is a fool’s errand today. Full deployment is looking to be longer than we expected, as the delay from Cruise indicates.

However, a more insightful conversation starts with where. Today, the action is with autonomous deliveries. Some of this harkens back to science fantasy, such as delivery robots. But when you apply the “efficiencies, cost, savings, fewer tech hurdles” rule, autonomous deliveries seem the lowest hanging fruit.

At a TechCrunch event in San Jose last month, many of the conversations on autonomy focused on the fact that autonomous delivery vehicles don’t necessarily need humans, can travel at low speeds, and can be used in last-mile deployments. This lessens some major liability issues and alleviates the need for expensive safety systems required of traditional vehicles.

Keep an eye on another market ripe for disruption-slash-major-improvement, parking: geo-location and algorithms are combining to allow consumers and fleets to source parking not just from traditional parking structures but from any entity with parking supply. Call it peer-to-peer (P2P) parking. Its implementation should make city navigation more efficient.

Speaking of P2P, it was only a matter of time until we began seeing fleets in P2P systems. Now we’re seeing work vehicles enter the fray, as piloted by Fetch. This would seem a no brainer from both the user side — on-demand, short-term access to trucks and vans, and the supplier side — idle fleet vehicles could be generating revenue.

An immediate concern would be liability, but there is a growing market of policies for commercial rental insurance, and for fleets that don’t take advantage of those, Fetch can cover them with their own policy. According to cofounder Adam Steinberg, commercial fleets represent Fetch’s greatest business growth.

Again applying the “efficiencies, cost, savings, fewer tech hurdles” rule, we found some surprising takeaways from Vincentric’s lifecycle analysis of electric vehicles for fleets. The analysis found that on an overall cost-per-mile basis, battery-electric vehicles are well within the ballpark of traditional models with internal combustion engines (ICE).

Even more surprising, plug-in hybrid electric vehicles fared better than their ICE counterparts in this analysis. Of course, there are many factors dictating implementation of electric vehicles, but having a starting point with definable operating costs will help in this regard.

In our digital “reader’s mailbag,” one reader took issue with the analysis of electric scooter’s impact on the environment. Scroll down to the comment — it’s a well-reasoned analysis with data to back up the counterpoints.

Another growing trend is the commingling of consumer mobility concepts with fleet, particularly surrounding shared mobility. This initiative looks brings lease procurement into the digital realm: One of Europe’s largest fleet lessors, ALD, is working with Amazon to offer consumer leases through an Amazon.com store.

One reader doesn’t see “any legal reason why this couldn’t happen in the U.S. … Independent lessors lease vehicles to retail now currently, and there are certainly many fleet lessors that could fill that role for Amazon.”

What do you think?

Chris is the executive editor of Business Fleet Magazine and Auto Rental News. He covers all aspects of the fleet world.