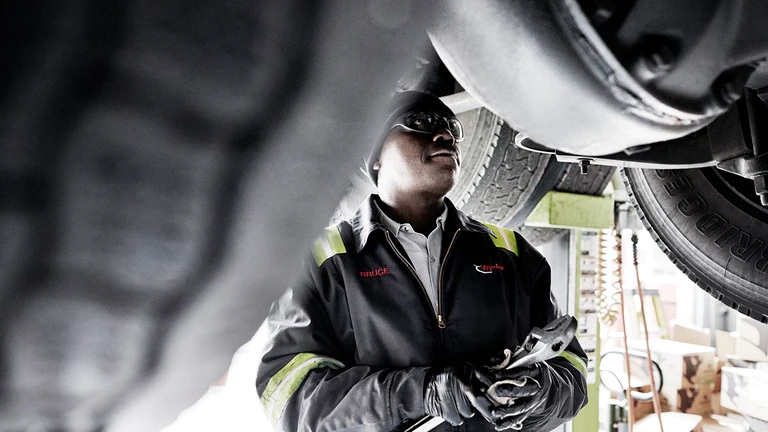 In part one of a two-part series, we looked at how fleets can break even or save money by switching to air disc brakes (ADBs), while also benefiting from better stopping performance. Another big reason is found in the maintenance shop. Or rather, by how more durable brakes keep trucks out of the shop.

“We’re seeing longer pad life and reduced maintenance intervals, and the time to change pads is considerably less than the equivalent time on a drum brake,” said Robert Brazeau, director of Meritor’s North American brake business. “All those things reduce the [total cost of ownership] for fleets.”

“There’s virtually no maintenance other than their visual observations,” Kay said. “The pads are very simple to take out.”

He explained that a technician only needs to rotate the adjusting bolt on the back of the caliper with a wrench to open the piston. Then they would remove the hold-down bolt to slide off the pads. Once the new pads are on, adjustments are made, and the wheel is reattached and bolted on. 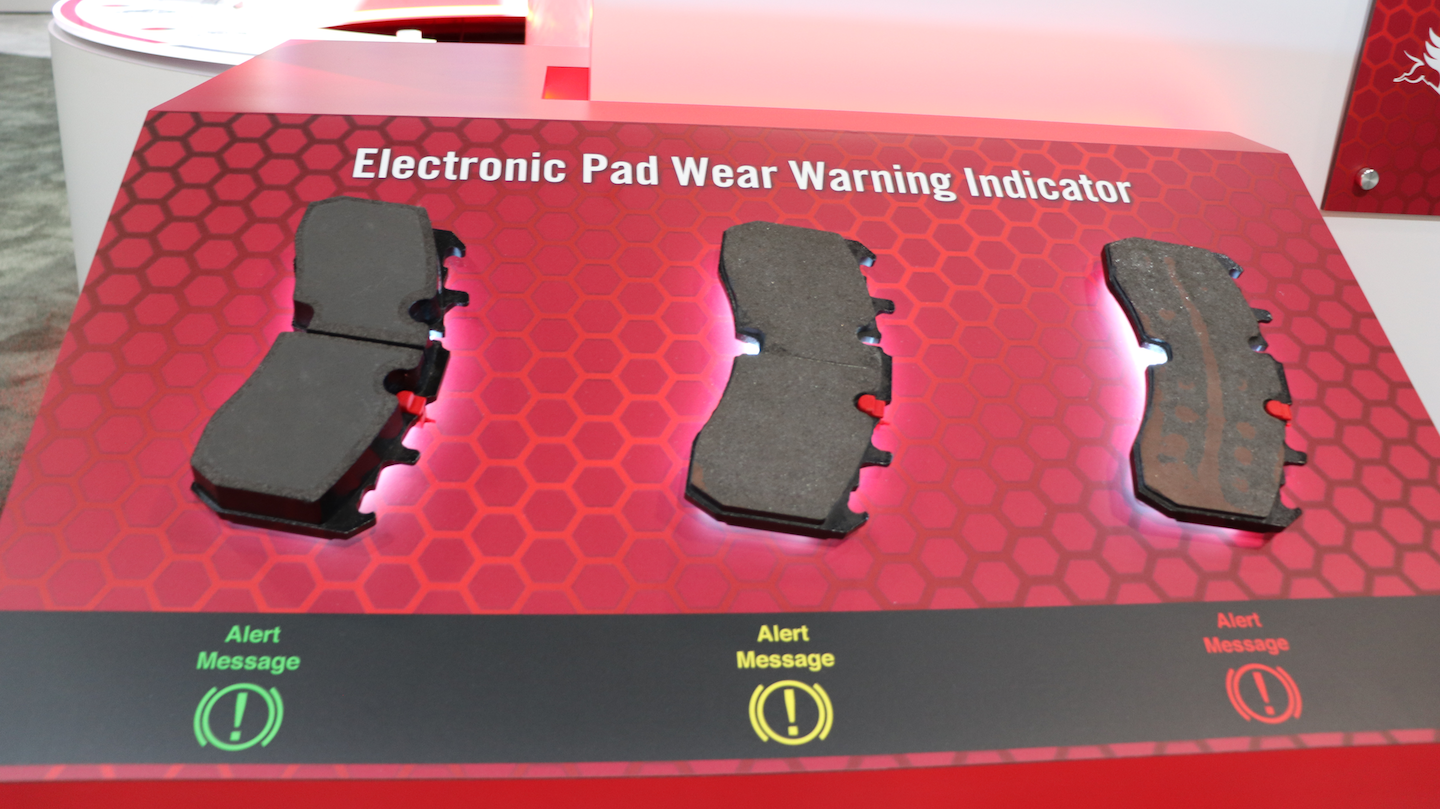 More savings are enjoyed because the ADBs have an internal adjustment mechanism, so they aren’t as susceptible to “out-of-adjustment” Compliance, Safety, Accountability (CSA) violations, or rust jacking.

Drum brakes don’t cost as much on the front end, though the Bendix brake calculator indicates fleets may spend just a bit more on ADBs to gain roughly 11% better stopping power. Spec’ing ADBs can increase upfront costs by an additional $2,500, though fleets can save $1,200 or more over the life of the vehicle compared to drums. Sometimes that ROI could be closer to zero, McComsey theorized. “Maybe it’s breaking even, but if I’m breaking even with a drum brake, I’m getting all the safety benefits along with it,” he said.

Another important point is that in the case of a crash, having brakes proven to have superior stopping power shows the fleet takes safety seriously, leaving it less open to a nuclear verdict and potentially many millions of dollars.

“If anyone’s looking at an accident, the first thing [plaintiff’s lawyers] look at is, ‘Was the accident preventable?’” McComsey said. “They’ll look at what the practices of the fleet might be, what kind of considerations they take when spec’ing a vehicle. Did they opt out of a safety system and go to something lesser to reduce the total vehicle cost? That could be looked at as a risk that the company might be taking.”

The larger the fleet, the more valuable ADBs become. Ryder manages a fleet size of about 240,000 vehicles, from light to heavy duty. Ryder’s Director of Field Maintenance Larry Olson, who oversees everything between the Mississippi River and Hawaii, is in charge of about 60,000 vehicles. He named brakes as the third highest equipment cost after tires and aftertreatment systems.

Ryder’s size and scope disallow a one-size-fits-all approach, and Olson said his team must remain flexible, as brake products are always evolving. And because of terrain and duty cycles, not all trucks will perform the same. Olson said Hawaii brake costs are the most expensive as all routes are local, meaning more frequent stops.

“We’re evaluating those systems every year, taking a look at the cost overall of not only the brake pads but the calipers and the life of the rotors,” Olson said. “All of those things get looked at individually and broken down, so we can see which manufacturer has the best performance.”

This immediately helps Ryder and because of Ryder’s size and leverage has the added effect of making original equipment suppliers step up their game.

“They realize that they need to improve their product if they’re going to continue to do business with us,” Olson said, noting that ADBs have come a long way in the last several years.

“The disc brake systems have gone through at least four or five versions already,” he said. “The first year, quite frankly, was pretty rough. We found some of those disc pads had very poor wear. They’ve been out for a while, and we’ve got a lot of our training implemented. We’re just seeing that products are getting better.”

“It used to be somebody working in a garage could kind of figure things out,” Olson said. “And now you can’t figure out much of anything unless you have a computer and the troubleshooting and diagnostic training in order to determine what’s really going on in the vehicle.”

Technicians who work on Bendix brakes and ADAS, for example, need a Noregon tool called the ACom PRO.

And while all the advances help make the truck safer, the flow of innovation can become bottlenecked.

“With all the technology changes that have been coming every year, tracking those changes and verifying the component performance have been bigger challenges for us, because of the constant changes of each year model,” Olson noted.

The maintenance side can also help steer change in the drivers. Noticing excessive wear on brakes and pulling fault codes can help identify unusual driver behavior, which a fleet trainer can help coach the driver on.

“Things start to stand out [in] your cost per mile or monthly costs on the vehicle fairly quickly,” Olson said. “[And] you can identify that, especially when you have a fleet of trucks that run in a similar area.”

Looking forward, ADAS and higher levels of autonomy will help maintenance leaders like Olson remove much of the uncertainty surrounding brake wear and costs.

“Those are systems that are going to actually reduce both physical damage and injury to people on that highway as well as potentially control costs even more so, because we have something more finite controlling the vehicle,” Olson said.

“Over time, I think you will see that some of these costs will really fall into line and be highly predictable in the future.”