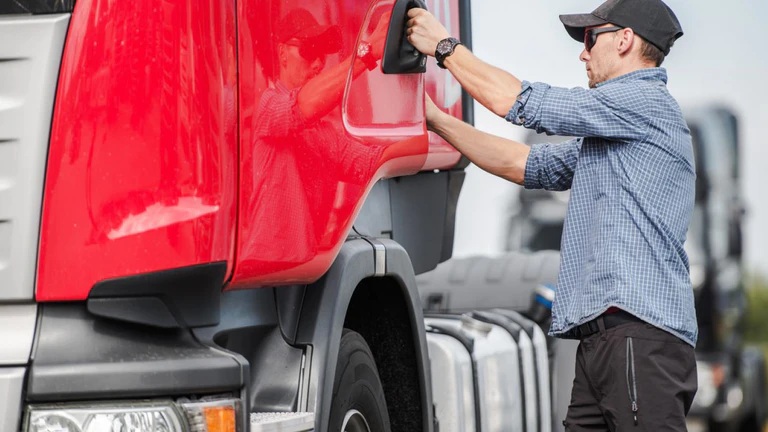 When we sort through all of the data we collect from the Best Fleets to Drive For program, we learn a lot about the way fleets operate. We see areas that fleets are doing especially well in, plus areas where there is room for improvement. But, something caught my attention while going through the data this year, and that was how companies can develop “blind spots” in their operation. And, that hampers a fleet’s ability to see problems inside their operation.

It’s not uncommon for individual fleets to have areas where they haven’t invested much effort, but it is uncommon to see a blind spot shared across a large cross-section of participants in the program. This year, there were a few places where multiple fleets, across different regions and in different segments, had similar blind spots. And, here are the two most glaring:

In the HR section of the Best Fleets corporate questionnaire, we ask fleets to outline their onboarding process for drivers. We’re interested in seeing how companies bring new hires into their corporate culture, prep them for the job, and ramp them up into successful team members.

Many of the Best Fleets have extensive training programs for new entrants, hiring people out of school and putting them into apprenticeship or finishing programs that can be highly structured and weeks long. Companies doing that typically do a great job of explaining the onboarding process for those new drivers. However, those companies always hire some experienced drivers as well, and we found a real gap in how they talk about the onboarding for that group.

In many cases, the fleets never mentioned how they onboard experienced drivers. So, we had to ask during the interviews. Here’s what we learned: some fleets have programs that are as sophisticated for experienced drivers as for new entrants, and some didn’t have much at all. However, it was evident that the focus was clearly on new entrant onboarding.

I can appreciate that new entrants are much more resource intensive than experienced drivers during the process. They’re new to the industry, so you need to get them used to the lifestyle as well as the specific job, which is much tougher. If a company only hired new entrants, that would be fine. But they also hire experienced drivers, it’s surprising how much of an afterthought the onboarding process is for that group.

In our section focused on Development and Career Opportunities, we ask fleets how much training and development drivers get. Specifically, we ask how many days of training drivers receive in their first year with the company, and in subsequent years. That second part is the key element – everybody does training in the first year (all that onboarding work noted above) but what happens after that? We were especially interested in their response since 90 percent of the

drivers that we surveyed for Best Fleets agreed that ongoing training is very important. Do fleets feel the same way? Unfortunately, not all.

Turns out “second year and beyond” training is another blind spot for fleets. Much like the onboarding, a significant percentage (well over half) of the fleets we evaluated didn’t even answer that part of the question when completing the questionnaire.

Once we started exploring the topic, there were some who actually had pretty substantial offerings throughout a driver’s career. But, there were also plenty that clearly hadn’t thought about it much – often unsure exactly how much training and development drivers actually got after the first year.

If companies want a driver to stay committed to them for years (many companies proudly highlight drivers that have been with them for 10 years or more) but little training and professional development happens after year one, it’s going to be hard for that driver to keep growing as a professional.

Why are there blind spots?

If fleets are focusing their efforts on hiring new entrants because there aren’t enough experienced drivers, then it’s logical that they’re going to be thinking about new entrants when we ask about onboarding in our survey. If fleets have high turnover and a significant number of drivers that don’t last beyond a year, then it’s also logical that their response to a question about training is going to be focused on first-year activities. In both of these cases, fleets become more susceptible to developing blind spots.

The problem is that what gets attention gets managed, and what gets managed improves. If those areas aren’t top-of-mind enough to get mentioned during a detailed review of company programs, then there’s a higher likelihood that the quality of those programs will fade over time. That’s the danger of the blind spot – the thing you’re not paying attention to gets worse and worse. Eventually, it reaches a point where it’s an obvious problem, but by then it’s harder (and more expensive) to fix.

Every company has blind spots, so this isn’t meant as an indictment against this year’s Best Fleets participants because they’re not thinking about these things. It’s an observation of a thought process that appears to be consistent across a large segment of the industry, that can lead to problems down the road.

By recognizing blind spots like these we can address them, or at least monitor them to ensure they don’t become problems. The tricky thing about them, though, is that they’re blind spots because you don’t see them. It takes a different viewpoint, or outside perspective, to identify them.

Mark Murrell is co-founder of CarriersEdge, a leading provider of online driver training for the trucking industry, and co-creator of Best Fleets to Drive For, an annual evaluation of the best workplaces in the North American trucking industry produced in partnership with the Truckload Carriers Association.