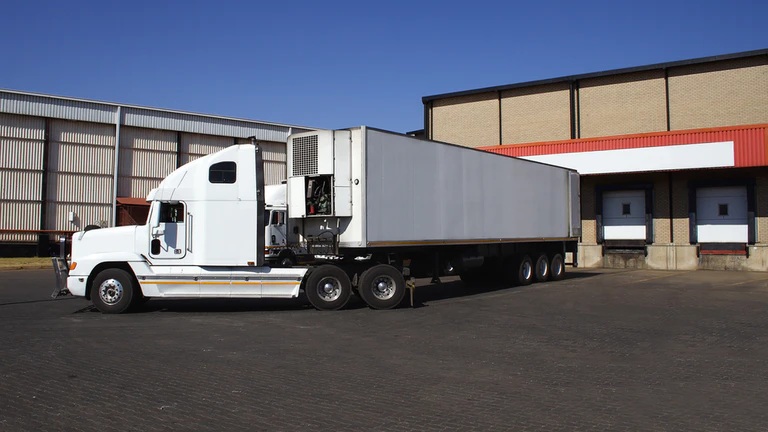 Fifth wheel manufacturers and even tractor-trailer drivers are coming up with creative solutions to one of a fleet’s biggest challenges: the uncoupling of trailers.

Semitrailer drivers have a lot of responsibility. No process is more important than the proper coupling of tractor to trailer, which includes proper inspection to ensure a safe connection.

“Since the appearance and operation of fifth wheels vary slightly from manufacturer to manufacturer, drivers need to be aware of what they are looking at during pre-trip inspections,” says Rob Nissen, director of field services at SAF-Holland, a provider of fifth wheels, brake axles, tire management products, and more.

Nissen says fifth wheels can easily be inspected for proper coupling with a three-step visual process:

“If a visual inspection indicates that the driver failed to obtain a proper couple, open the fifth wheel, inspect for damaged components, and then repeat the coupling sequence,” adds Aaron Puckett, vice president of fleet sales for Fontaine Fifth Wheel.

As important as proper inspections are, it is equally important for fleets to get it right when specifying a fifth wheel.

“It is a problem to think that any fifth wheel will work in all applications,” Puckett says. “Fleets must specify the right fifth wheel for their application.”

Puckett says some fleets also make the mistake of thinking the fifth wheel is the only component in the coupling process. In reality, coupling is the marriage of two components. Sometimes the trailer’s upper coupler can be forgotten.

“Fifth wheels are mechanical devices and should not be forgotten,” Puckett reminds. “The product needs to be properly greased before going into service. Then, as they are used, fifth wheels should be routinely inspected, degreased, and regreased.”

“Automatic coupling systems are being developed, but this technology is still early in development,” Fontaine’s Puckett points out. “Cameras will also become more popular, just like you see in today’s pickup trucks.”

As for right now, Puckett says sensors in fifth wheels are available and the cost to implement them is decreasing.

“However, sensors do not replace the mandate from the Department of Transportation that requires the driver to do a visual inspection,” Puckett is quick to add.

Fontaine’s LST (Lock Sensing Technology) is one example. Fontaine LST includes two electronic sensors (kingpin and wedge) that communicate with an in-cab indicator to let the driver know when the kingpin is positioned in the lock. LST is designed to withstand rugged applications, featuring high-end components that are recessed in a steel-reinforced housing.

Another example is the Holland Electronic Lock Indicator (ELI-te) designed for Holland FW35 Fifth Wheels. When a trailer kingpin is properly coupled to a fifth wheel with ELI-te, four high-intensity white LEDs illuminate the kingpin and lockjaws, making inspection easier. A failed coupling attempt triggers daytime-visible, flashing red LEDs on both sides of the fifth wheel to alert drivers that the vehicle is not ready for motion.

Nissen says the addition of ELI-te technology does not unduly burden a service technician.

“The ELI-te option features robust electrical components, including a sealed one-piece harness, long-life LED lights, durable inductive sensors, and a steel-encased logic module to ensure reliable operation,” Nissen says. “The maintenance for the ELI-te is relatively easy. It requires minimal preventive maintenance with only normal cleaning and visual inspections of the wiring harness and sensors to check for secure mounting and plug-in connections.”

Another example of how technology is impacting fifth wheel management is the mobile app developed by Fontaine Fifth Wheel. The app includes functionality such as parts lookup, truck spec’ing, how-to information and videos, and troubleshooting support.

Sometimes the best innovations come from those who are actually using the products and doing the work. Wayne Craig is an example of this. Craig has been part of the Australian trucking industry for more than 35 years as both a fleet owner and tractor-trailer driver. Like many, he has endured his share of headaches with respect to uncoupled trailers. One particular instance cost him not only a full load of cargo, but also a lucrative contract.

“I realized then that I had to come up with a system that would prevent this from ever happening again,” Craig recalls. “I had an associate who was a boilermaker who helped me come up with a solution.”

That solution is the Sava Trailer Catchment Device. Pronounced save-uh, as in “save a trailer,” the device is designed to prevent trailers from uncoupling without interfering with the fifth wheel.

“The Australian government actually approved its use on prime movers [tractor-trailers] in just two days,” Craig points out.

Craig says the Sava Trailer Catchment Device is easy to use. First of all, the physical device simply bolts onto the tractor in front of the fifth wheel. The device is then wired into the truck’s electrical system. When coupling a trailer, the driver pushes a button on the control panel in the cab. A green light illuminates while a buzzing sound begins. Once the driver backs under the trailer and connects, the Sava Trailer arm is raised to help secure the trailer in place. When the buzzing stops and the light turns to orange, the driver knows a secure connection to the trailer has been made.

In an industry where many new drivers are coming into the workforce, a fifth wheel add-on like the Sava Trailer Catchment Device has many potential upsides.

“It helps take the potential for human error out of the picture with trailer uncoupling events,” Craig says.

In the unlikely event that an uncoupling does occur, the driver is alerted by an alarm and red light. However, the Sava Trailer Catchment Device prevents the trailer from going anywhere. The driver can either pull off the road to reconnect, or simply apply gentle pressure to the brakes so the trailer can slide back into the fifth wheel.

Aside from ease of use, Craig says another benefit for fleets is how long a Sava Trailer Catchment Device can last.

“The really nice thing is that if your Sava Trailer outlasts the tractor, you can just unbolt it and reinstall it on your next tractor,” Craig points out.

Craig’s business partner is Bill Sharff who is based in the Philadelphia area. Sharff says he is currently in communication with leading fifth wheel manufacturers to discuss applicability in the North American market.

Fontaine’s Puckett is optimistic that technologies such as these will have a positive impact on not only fifth wheel safety, but also maintenance.

“Our hope is that these products will help drivers couple properly so they are not damaging the fifth wheel or the trailer,” Puckett says.

Staying on the topic of maintenance, Puckett says the industry’s next step is developing a predictive system. There is the potential to better leverage sensors and telematics to convey real-time data so a fleet can better understand what is going on with the fifth wheel, helping to improve preventive maintenance. Coming on the heels of technological advances that are greatly improving fifth wheel safety, fleets can feel much better about what has been one of their biggest challenges.