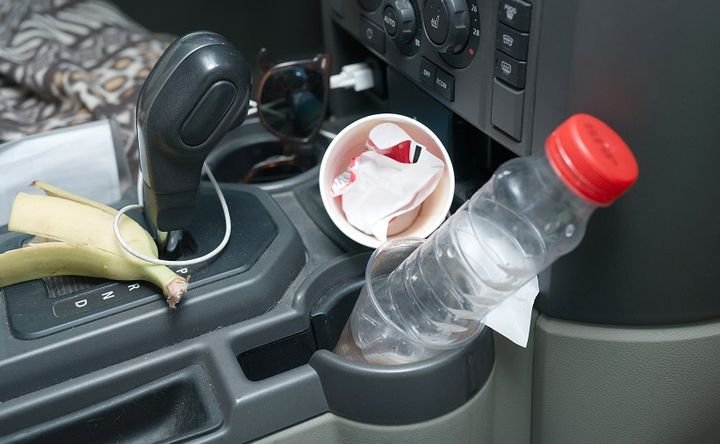 The Overt (and Hidden) Cost of Vehicle Abuse

Vehicle abuse is an avoidable fleet cost. This abuse is wide-ranging, running the gamut from damage caused from fluid levels being low, missing PM intervals, driving on underinflated tires to extreme situations of jumping curbs or carelessly scraping the sides of parking structures. The overt and hidden aggregate cost of abuse and neglect across an entire fleet is significant.

In fairness, more than 95% of all drivers are appreciative of a company vehicle and conform to fleet policy. It is the minority 5% who I am addressing. The abuse or neglect of corporate assets by this 5% represents a significant avoidable fleet cost. These abusive employees have little regard for the company asset and often use the interior of their vehicle as a convenient garbage can.

While a vehicle is in company service, such a littered interior can represent a potential safety and liability hazard if a driver’s foot movement for braking and accelerating is impaired by a bottle or soda can rolling on the floorboard. This can – and does – happen.

Another type of vehicle abuse occurs with drivers who smoke. Most companies have no-smoking policies; however, some furtive smokers are notorious about ignoring this prohibition. When taken to auction, a “smoker’s car,” results in deducts of several hundred dollars on resale because of the pervasive tobacco odor and, invariably, cigarette-burned upholstery.

Another way that employee abuse lowers resale values is when employees frequently transport their pets in the company vehicle, it results in pet hairs enmeshed in upholstery and an interior that has a pervasive pet odor.

Fleet policies deterring vehicle abuse and/or neglect by drivers  are very important to maximize the ultimate resale value of company vehicles. Fleet managers who clearly articulated these policies to employees by encouraging vehicle upkeep and enforcing penalties for intentional misuse generally have a higher quality product to consign to auction.

In the final analysis, the resale value of a used vehicle is determined by three factors: the unit’s age, total mileage, and overall condition, which can be needlessly diminished by driver abuse or neglect, leading to reduced resale value and unnecessary reconditioning expense at auction.

Abuse is by far the most expensive form of equipment failure. Fleet managers tell me there is no limit to the ways equipment can be abused – both on-road and off-road. One fleet manager says the aggregate cost of these acts, or failures to act, cost almost half as much as on-road crashes before subrogation payments.

One common form of equipment abuse is vehicle overloading. In fact, overloading is the No. 1 cause of unscheduled maintenance for most fleets. Overloading can be intentional or it can occur due to operator ignorance.

Most companies have fleet policy prohibitions about vehicle misuse. The problem is that the majority of companies do not enforce these policies, except in the most egregious circumstances. Asking drivers to take better care of their vehicles is sufficient for the overwhelming majority of drivers. However, there are other employees who simply pay it lip service, especially when they know that there are no consequences to doing otherwise.

Many drivers view the company vehicle as an entitlement rather than a tool to perform their job. Fleet managers say this entitlement attitude is often more pronounced in younger generational groups, with a generation gap more apparent between drivers in their 20s or early 30s versus those who are in their 40s and older.

However, entitlement attitudes appear on both sides of the generational divide. Many seasoned employees likewise have a sense of entitlement, believing they have “earned” the perk of a company vehicle based on their longevity. Included in this group are senior managers.

Likewise, many fleet managers often have a “hands-off” approach to these executive drivers, who often believe they are “too busy” to be held accountable and “too important” to perform mundane fleet tasks.

Even with written policies in place, managers are sometimes reluctant to penalize abusive drivers, especially in situations that involve executives or top sales performers. Plus, there is a significant borderline gray area since there is no industry consensus delineating the difference between normal wear-and-tear and abuse. All of us recognize blatant abuse, but is a torn seat or scraped bumper abuse or normal wear-and-tear?

Some companies charge the driver responsible for vehicle damage; however, as a word of caution, many states deem such payroll deductions as illegal. It’s best to check with your legal department beforehand. Other fleets assess financial liability to the operating department instead, which is typically the most effective strategy to curb future abuse.

Once policies have been established, they should be enforced uniformly, without exception. You should not set precedent by allowing exceptions, even if it involves a star salesperson or senior corporate officer. While the definition of abuse may vary by company, along with how to handle negligent drivers, everyone agrees on one thing – a written policy, which clearly defines abuse and its penalties and is enforced, is the best way to minimize it.

Let me know what you think.

Mike Antich has covered fleet management and remarketing for more than 20 years and was inducted in the Fleet Hall of Fame in 2010.