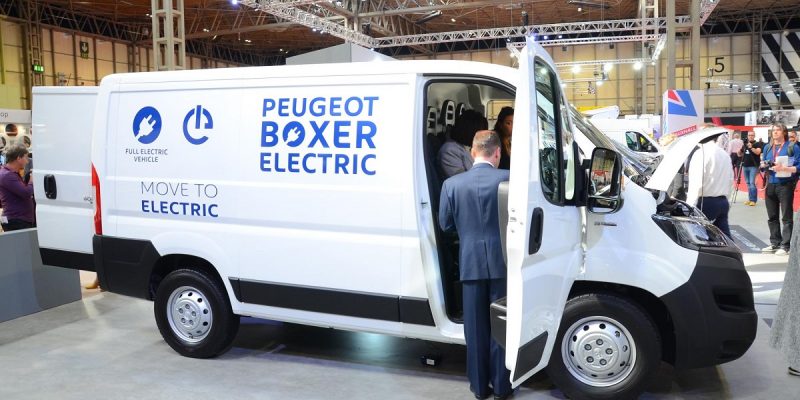 Drive Towards EV Trucks and Vans

Forget range anxiety: fleet operators must exactly understand the trade-offs and how a switch to EVs affects the bottom line. The advantages of electric trucks include compliance with local emissions regulations plus lower maintenance and fuel costs for EVs that could make up for the more expensive initial purchase price.

In 2017, McKinsey analyzed light-, medium- and heavy-duty trucks in urban regional and long-haul scenarios. It said sales penetration in the light- and medium-duty truck segment could reach 8% to 27% by 2030, depending on the region. Total cost of ownership (TCO) is key: balance the greater cost of the vehicle against savings in fuel and maintenance. It found the optimal daily driving distance to create TCO parity for e-trucks and diesels was about 200 kilometers a day. At that point, the battery is small enough to minimize the cost of the vehicle but large enough to reduce recharging time during the day. In the EU, with its higher fuel taxes, this effect is stronger than in the United States.

The Center for Automotive Research at Ohio State University is working on two demonstration programs, funded by the US Department of Energy, in collaboration with companies that build trucks, batteries and electric motors. The concept of an all-electric, long-haul truck is “a pretty distant thought,” says Giorgio Rizzoni, director of the research center at Ohio State. “The quantity of batteries needed and the ability to charge quickly are significant challenges.”

However, the duty cycles of many Class 8 and lighter trucks could support electrification, Rizzoni has found. For example, a hub-and-spoke operation in which trucks deliver goods from a warehouse to a network of retail stores is a likely scenario if they can plug in at the warehouse and delivery location for 20 minutes while being loaded and unloaded.

“That won’t happen tomorrow but it’s doable,” Rizzoni says. “If this battery could operate trouble-free for a sufficient number of cycles, the economics of it are not so bad,” he says. Rizzoni emphasizes that for hybrid, extended-range applications, the generator that produces electricity doesn’t need to be fueled by diesel. “Fuel cells and natural gas are already an important part of the mix,” he says.

Switching production from internal combustion to battery-electric trucks is costly and time-consuming. Automakers face a tricky decision: how to meet current and future emission standards while not getting ahead of customer demand?

“An electric vehicle requires a significant investment in vehicle and infrastructure, so the natural step is not to make a giant leap forward,” Tarnutzer says. “A lot of traditional OEMs take a step-by-step approach: take a traditional system and add a battery or electric motor – a mild hybrid that helps during starting and when you’re sailing on the highway. The next step would be, maybe in parallel development, a full hybrid. You could maybe drive 30 miles in electric mode, then use the internal combustion motor to recharge the battery.”

EVs are clearly the most promising solution long-term, he says, because of the less complex drive train and lower maintenance. “However,” he adds, from the fleet owner’s perspective, “having an EV that you have to charge goes directly to the bottom line of not getting my goods from point A to point B.” He points out that hybrid systems are expensive and complex. Nevertheless, automakers are producing them to meet emission standards and improve fuel economy.

Regulations play a big role. The State of California is serious about lowering emissions and encouraging the rollout of electric medium- and heavy-duty trucks is a key component of this mission. The California Air Resources Board (CARB) is working on a proposal that would mandate that a percentage of all trucks sold in the state be either battery-electric or hydrogen fuel cell, as well as other regulations, incentives, and policies.

California’s South Coast Air Quality Management District will work with Volvo to develop and deploy up to 23 battery-electric big-rig trucks plus some off-road equipment to unload and shuttle freight between the ports of Los Angeles and Long Beach and various warehouse facilities. The project includes electric chargers and solar energy infrastructure. It’s also working with Daimler Trucks North America to develop and demonstrate 20 heavy-duty, battery-electric trucks.

The projects are funded in part by the automakerss and their partners and, in part, through grants from CARB, the Environmental Protection Agency, the ports and the University of California, Riverside. Daimler Trucks NA also has partnered with two of its fleet customers, Penske Truck Leasing and NFI Industries, to test real-world operations of electric trucks.

While the slow adoption of passenger EVs in the United States is generally thought to be owing to range anxiety, professional drivers may feel this less, according to Alexander Edwards, president of Strategic Vision, USA, a company that tracks consumer sentiment and has interviewed drivers and fleet purchasing agents.

In fact, he’s found that these drivers like the EV or hybrid experience, because the vehicles seem safer, more responsive and get up to speed faster. “The electric piece can be very positive,” he says. “But is this really going to work?” When it comes to long distance driving, he found, there’s a fatal lack of charging stations. Another issue is charging time. Drivers will find it hard to accept having to spend even 30 minutes charging.

Edwards says: “I’m skeptical of mass adoption of electric commercial trucks in the next five to ten years. There’s too much infrastructure that still needs to be built.”

The criteria for user experience among professional drivers and fleet owners are quite different, as well, according to Tarnutzer. In a consumer vehicle, the HMI might focus on infotainment, while in a fleet vehicle, telematics that track where goods are located, determine the fastest route and monitor the driver’s health will be important differentiators.

New telematics applications are crucial for EVs, especially when it comes to monitoring charging, according to Matt Stevens, CEO of FleetCarma. For example, many utilities in the US and Europe have moved to variable rates for electricity, charging more during times of peak use, while demand charges base overall rates on the period of a customer’s highest usage. “You need a system to manage this. That will be table stakes for a telematics system,” Stevens says.

An important component of such a system is what Stevens calls paired smart charging, that is, a system that uses vehicle-side data to manage the charging of the entire fleet. For example, in a fleet of 10 trucks, one truck may not need to go out on the road for eight hours and only need two hours to reach full charge. A second truck needs to go out in three hours and it needs three hours of charging. Obviously, the second truck should start charging immediately, while the first one can charge at a time when electricity is potentially cheaper. Yet, without a smart, paired charging system, all vehicles that are plugged in would suck power at the same time.

FleetCarma, owned by Geotab, has found that once 5% to 10% of vehicles in a fleet are electric, smart charging can pay off, especially in the medium-to-heavy truck category. Calculating the ROI of purchasing the vehicles and paying for a smart charging application can be complex, according to Stevens. A lot of that calculation is based on an individual truck’s usage.

In a fleet of 1,000 trucks, there might be 100 or 150 that could achieve phenomenal ROI; there may be more where an electric vehicle could do the job and the ROI was okay. Also, there may be a large cohort where an EV wouldn’t have enough range or be way too expensive.

“It’s a very involved calculation and what makes it more complicated is that it’s a calculation you have to run for every truck in the fleet,” Stevens says. “Fleet managers want to figure out where in that fleet are the best possible places to put that EV to do the job and save money.”

The electrification of the trucking industry means a massive shift in who provides energy, from petroleum companies to electric utility companies. Utilities will have to increase generation to serve all these new users. Are they ready?

Euan Mearns, an energy policy consultant, calculated the generation needs of several European countries if every car was swapped for an EV. He estimated that the EU as a whole would need to add 43% more capacity.

Oncor Electric Delivery, the largest utility in Texas, is preparing for this challenge. “We’re trying to work hand-in-hand with manufacturers of these types of vehicle,” says David Treichler, director of strategy and technology at Oncor. Treichler is meeting with Tesla, for example, to discuss their plans for its electric semis that are in the prototype stage.

Treichler sees local delivery vans moving toward electrification faster than large fleets because of companies’ desire to demonstrate social responsibility. “But the longer-distance truck transition will be a matter of simple cost. As soon as it’s a penny cheaper to drive an electric truck than diesel, they’ll start converting their fleets,” Treichler says.