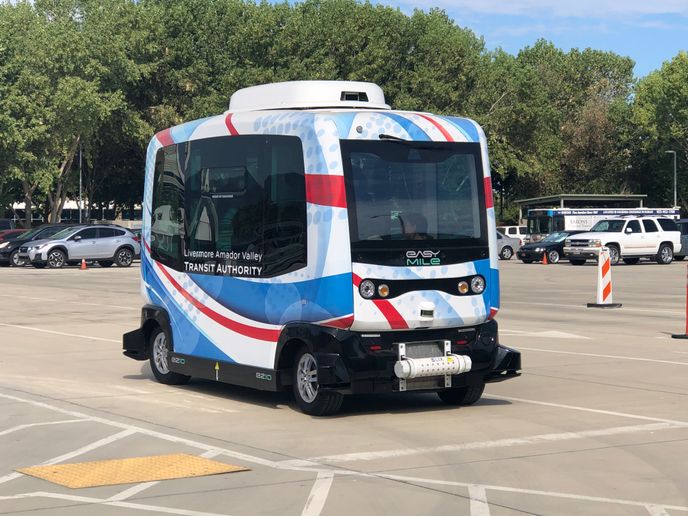 The vehicle will operate in mixed traffic and its route extends just under one mile, including two stops and one traffic light. Transdev

The SAV is designed as a low-speed autonomous vehicle that has a maximum speed of 13 miles per hour. The vehicle will operate in mixed traffic and its route extends just under one mile, including two stops and one traffic light.

When testing is complete, the SAV will improve mobility for riders by providing first- and last-mile solutions for passengers by connecting them between the Dublin/Pleasanton Bay Area Rapid Transit (BART) station and nearby locations. Funding for the project was obtained through a grant from the Bay Area Air Quality Management District.

The SAV is state-of-the-art; 100% electric; and comes equipped with cameras, sensors, GPS, and an access ramp. Though it is a shared autonomous vehicle, a Transdev safety operator will always be on board . Testing will continue throughout the summer and the vehicle should be ready to accept passengers and start its initial service by late August.