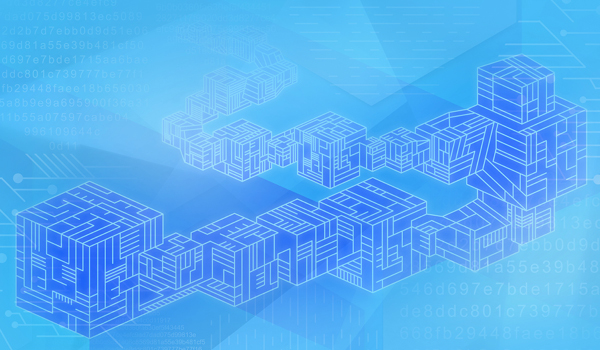 Supply chain solutions built on blockchain are turning up everywhere these days. In the early weeks of 2020, for instance:

How much impact blockchain will have on supply chain management is still up for debate. But this distributed ledger technology already plays an important role in some supply chain operations, letting disparate parties share data in a way that is secure, trustworthy, and tamper-proof. Here are some recent developments.

When Products Come Back

Blockchain can play a crucial role in reverse logistics. Data held in the blockchain can confirm that returned products are genuine, identify the retailer that sold them, and then track items as they are refurbished for resale, liquidated, or sent for disposal.

This is helpful, for instance, when a consumer returning a product lacks a sales receipt. “The retailer could scan a serial number, barcode, or other unique identifier on that product and quickly validate within its internal system that this specific item came from that retail store and company, and when it was purchased,” says Pratik Soni, founder and chief executive officer of Omnichain, a technology firm in El Segundo, California, whose supply chain management platform connects trading partners on a distributed ledger.

When the manufacturer receives the returned product, data on the blockchain details the item’s history, from manufacturing through sale and return. “Now they can remanufacture that item, replace the motherboard or screen or whatever is needed, validate that it is remanufactured with OEM-grade material, and then prepare it for resale in the aftermarket,” Soni says.

Because the data tracks individual items and components, and because no one can alter that data, the blockchain helps protect brand integrity. “A big challenge for brands is how to negate counterfeits and identify when counterfeit product has leaked into the supply chain,” Soni says. Organizations use serial numbers to identify genuine product. “Blockchain and the distributed ledger validate that and make it immutable, where nobody can tamper with the life cycle of the specific product,” he adds.

When a manufacturer disposes of returned products, data in the blockchain can confirm that it did so sustainably. “You can tie in a certificate of destruction and various disposal practices, especially when it comes to electronics recycling, or even consumables,” Soni says. This reassures consumers that the company follows responsible practices.

From the time it launched its Terra Delyssa brand of olive oil, Tunisian company CHO has promoted the product’s provenance, smooth texture, and purity. A few years back, company officials decided they needed new ways to share information about those qualities. So CHO joined the IBM Food Trust.

“It takes the transparency that we had to the next level,” says Chris Lyons Fowler, account manager at CHO America in Baytown, Texas. Starting in summer 2020, consumers who scan a quick response (QR) code on a Terra Delyssa label can view the history of the oil in that particular bottle at every step of production.

“We have eight quality checkpoints, which begin at harvest when the olives are processed at the mill,” she says. Consumers can learn about each of those steps.

“They see the orchard, the region where the olives came from, and the mill where they were crushed,” she adds. They also see lab analysis results and the date the oil was bottled. Distributors and retailers use an app to get even more detailed information about the product.

Blockchain provides an excellent way to share facts about food products because it lets supply chain partners add data as they complete each process, and that data can’t be altered, says Ramesh Gopinath, vice president for blockchain solutions and research at IBM’s Thomas J. Watson Research Center in Yorktown Heights, New York. This is an important point in the olive oil industry, in which counterfeit products and misleading labels have generated much distrust.

The Food Trust also provides a platform for food traceability, which is invaluable in situations such as product recalls. A third use case involves supply chain efficiency. A company might use the Food Trust, for example, to record the temperature of fresh beef, documenting that it stays within the right range as the product moves through the supply chain.

Supply chain partners have different options for entering data into the Food Trust blockchain. A small farmer might upload a spreadsheet, while a large retail company might transmit data from an enterprise resource planning system. “But all of them send specific information on what supply chain activities they do on that specific product,” Gopinath says.

Working with Toronto-based DLT Labs, a developer of blockchain-based solutions, Walmart Canada developed and rolled out a system that tracks deliveries, captures information used to compute accessorial charges, and automatically generates invoices based on data that the shipper and carrier agree is correct.

“They know what time the load was picked up, where it went, how much fuel was used, and what the taxes are,” says Loudon Owen, chief executive officer at DLT Labs. “By the time it arrives, the invoice has been built jointly.”

In the past, a carrier would use its own information systems to generate an invoice based on the contracted rate, plus accessorials such as the fuel surcharge, Canada’s carbon surtax, and charges for special equipment and wait times. At the same time, Walmart Canada’s systems would calculate the bill. If the two parties reached different conclusions, they would have to compare data and calculations to reach an agreement.

“Walmart has said that on average it might take eight weeks to process a single invoice and figure out how much was owed,” Owen says.

The new system uses the same data and the same math to calculate, in real time, a charge that both parties will accept. “They don’t reconcile invoices anymore; they co-create invoices,” Owen says. “It moves the companies from what can be an antagonistic relationship to a partnership.”

Walmart Canada ran a pilot of the system with one of its carriers, Bison Transport, for much of 2019. The system went live with all the company’s carriers in February 2020.

Responsible practices are the driving force behind a series of pilots that Mercedes-Benz Cars, part of Daimler AG in Stuttgart, Germany, is exploring for the use of blockchain in procurement. The goal is to better enforce vendors’ contractual obligations to protect the environment, safeguard human rights, and honor other important values.

Contracts with Mercedes-Benz require suppliers not only to meet the automaker’s standards for those values, but also to ensure that suppliers farther up the chain—the vendors’ vendors and beyond—meet them as well. Blockchain is a good tool for enforcing those standards because it receives immutable data that is reliable and transparent.

“Preventing manipulation is one of the most important arguments for blockchain, which represents a real breakthrough compared to complex databases or paper-based certification systems,” says Gunnar Güthenke, vice president of procurement and supplier quality at Mercedes-Benz Cars. “Because every transaction is linked to the prior and subsequent transactions, and all network partners need to confirm later changes, the blockchain sets a high threshold for any kind of noncompliance or misconduct.”

As an example, Güthenke explains what happens when one of Mercedes-Benz’s direct suppliers agrees to the Daimler Sustainability Standards, and promises to hold its own supply chain to similar requirements. “The sub-suppliers then attest to their compliance, providing proof as required,” he says. “The process is repeated down the supply chain. The data provided by suppliers at all tiers is encrypted and becomes visible in the blockchain.”

After a successful pilot in February 2019, Mercedes-Benz has continued to refine and test the use of blockchain to enforce its code of conduct. A more recent initiative focuses on environmental sustainability. “With the current pilot project, we are pursuing further approaches to mapping carbon dioxide emissions and the proportion of recycled material in the supply chain,” Güthenke says.

Direct From the ELD

Like Omnichain, ShipChain in Greenville, South Carolina, uses blockchain to share data among numerous partners on a supply chain management platform. ShipChain focuses on transactions between shippers and carriers, aiming to enhance visibility and trust.

“We can prove documents haven’t been tampered with,” says John Monarch, chief executive officer of ShipChain. “We can show the full history of every document and shipment along the way.”

Trucking companies and shippers have used GPS, temperature sensors, and other technologies to monitor shipments for many years. But those systems usually haven’t communicated with one another, nor could most shippers find all the data about a shipment in one place. “They had to go into spreadsheets and log into different systems,” Monarch says. ShipChain is designed to solve that problem.

Data about a shipment can enter the blockchain from numerous sources. As of early 2020, one of those sources is the onboard electronic logging device (ELD) made by KeepTruckin, a San Francisco-based firm with a major following among owner-operators.

Unlike large trucking companies, owner-operators generally don’t have sophisticated fleet management technology. To report the status of a shipment, a typical owner-operator makes a phone call (possibly on a flip phone) to the freight broker that tendered the load.

The new partnership eliminates the need to make those calls. Instead, ShipChain pulls location information from the KeepTruckin ELD and transmits it over a wireless network, storing it in the blockchain. The system encodes this location data to protect the privacy and security of individual drivers.

Shippers use a web portal or a mobile app to view real-time shipment data and learn when shipments will arrive at their docks.

“We like to joke, ‘Why can I see where my pizza is in transit but not my million-dollar freight shipment?'” Monarch says. The ShipChain-KeepTruckin partnership corrects that disparity.

Companies that use blockchain in supply chain solutions certainly didn’t invent the idea of sharing data to foster visibility, traceability, and efficiency. But blockchain proponents say this technology creates a stronger level of trust among supply chain partners, and between brand owner and their customers. As more companies embrace blockchain, we’ll have plenty of opportunities to see how well that promise holds up.

One area where blockchain could play an important role in the near future is in the circular economy. That’s the business model that encourages companies to reuse materials rather than continuously consume new resources.

When Gartner recently surveyed supply chain leaders on their plans to invest in the circular economy, one question focused on investments in blockchain. Few respondents said that their companies use that technology now, but 38% of them said that in the next five years they will explore its use in circular economy applications.

Those companies expect to use blockchain, for example, to identify materials and then track them through their successive uses.

“Say you have a printer part,” explains Sarah Watt, senior director and analyst at Gartner in London. “It goes back into the system to be remanufactured and put into a new printer.” Blockchain would let data about the part follow the part through its life cycle.

Although none of the leaders surveyed are doing this now, respondents suggest they may use blockchain to support relationships for swapping materials and parts in the future.

Today, some technology companies refurbish and resell not only their own used products, but also products made by competitors. “What if we started to use those materials in different markets, and we really get to an ecosystem?” Watt asks. “How do we have visibility? Blockchain’s whole potential is wrapped around visibility.”