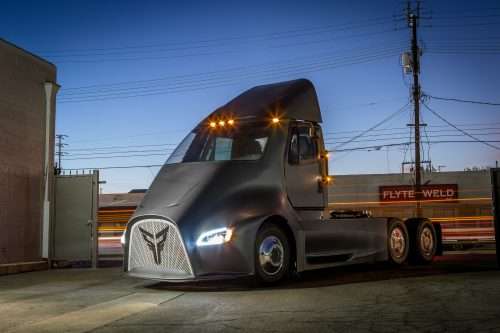 I have something like 867 channels on my TV. And usually there’s nothing on worth watching.

Things were different when I was a kid. There were only three channels. And usually you could find something to watch. I guess our standards were a lot lower back then.

On Saturday mornings, to give parents a much-needed break, the networks blasted cartoons up until lunchtime. So I’d fix a bowl of cereal and park myself in front of the TV until it was time to go outside and play.

One of my favorite cartoons at the time was a show called “SeaLab 2020.” It was about a bunch of scientists who lived in a laboratory under the ocean in the year 2020. And I can’t remember anything else about it. Except, that as a kid around 1975, the concept of the year 2020 seemed fantastically futuristic and out of reach to me.

And while we don’t have underwater sea labs as a going concern yet, the world has changed immeasurably since the mid-1970s. And 2020 seems to be a year that may well accelerate change that has been taking shape for some time now.

First off, keep in mind that this is an IAA Hannover year – meaning that what is arguably the most influential truck trade show globally will be held once again in Germany this fall. And that means that OEMs, suppliers, and tech developers will want to make as big a splash as possible at the big show.

Based on current trends and news stories, it seems likely those introductions will include new displacement-on-demand systems for heavy-duty diesel engines, more advances in hydrogen fuel cell technology, and even deeper integration of active safety systems on trucks, with increased degrees of autonomous controls.

And while I’ve long ago given up trying so suss out what Volkswagen and Traton are up to when it comes to the North American truck market, it’s worth noting that Germany is the automaker’s home turf. So, if an announcement regarding their intentions is coming this year, it’ll likely happen in Hannover during IAA.

Outside the sprawling Hannover fairgrounds, I think it’s a safe bet to say that this will be the year that electric trucks go on sale and begin proving whether or not they’re tough enough to hold their own against diesel engines in real-world fleet operations. The maintenance aspect of these deployments will be of particular interest – and may well be the operational component that makes the early business case for their use by fleets.

Tech developers have a much tougher row to hoe on the autonomous truck front. There is a definite note of caution surrounding work on this technology. The world is watching closely. And a major accident could be catastrophic. So, caution is clearly the watchword.

That said, I think we can expect to more of the same on that front this year: More testing, more evaluating, more proving out the concept. Autonomous naysayers should keep in mind that truly staggering sums of money are continuing to flow to the leading startup autonomous tech developers. And that money is independent of the equally staggering sums being invested by global OEMs like Daimler and Volvo.

So, I think the model we’re currently living in, where a single aspect of autonomous technology is perfected and integrated into a continuously growing palette of vehicle control systems, will continue. In other words, look for the rollout of autonomous truck technology to continue to be evolutionary, as opposed to a sudden Big Bang moment where robot trucks come out of nowhere and take over.

Taken as a whole, 2020 looks like it’s going to be an interesting year – both inside the trucking industry and out. So, fasten your seatbelts and let’s see where it all takes us.

As a licensed commercial driver, HDT senior editor Jack Roberts often reports on ground-breaking technical developments and trends in an industry being transformed by technology. With more than two decades covering trucking, in Truck Tech he offers his insights on everything from the latest equipment, systems and components, to telematics and autonomous vehicle technologies.