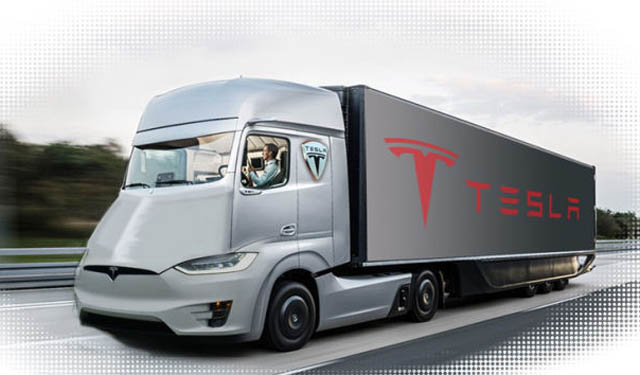 The California Air Resources Board wants to accelerate zero-emissions vehicle technology in the next 10 years through regulation. But OEMs and fleets have concerns about the viability of new technology in large-scale use.

Love it or hate it, the state of California has made it a priority to be at the forefront of emissions regulations. In its latest big move, the California Air Resources Board proposed a new Advanced Clean Truck rule, which aims to seriously push electric and other zero-emissions technologies into real world service.

They’re lofty goals, to be sure.

The rule isn’t directly targeting fleets; mostly it affects truck manufacturers by requiring them to sell a certain percentage of electric vehicles. Fleets run by the state will be required to buy a lot of these vehicles, but the primary goal of the proposal is to push clean vehicle technology development through investment.

In CARB’s own words, “the purpose of the proposed ACT regulation is to accelerate the widespread adoption of zero-emission vehicles in the medium- and heavy-duty truck sector and reduce the amount of harmful emissions generated from on-road mobile sources.”

Electric truck development has accelerated on its own the past few years. Following Tesla’s electric Semi announcement in 2017, most of the major truck and equipment manufacturers have announced various electric and zero-emissions truck development projects. At this year’s North American Commercial Vehicle Show in Atlanta, there were some real standouts – and some of these vehicles are out in the real world already, testing the waters.

Still, electric vehicles have thus far mostly been relegated to small-scale testing, almost exclusively in short-haul and yard tractor capacities. Tesla, which launched its electric Tesla Semi, like all of Elon Musk’s products, with much fanfare and stories of fleets pre-ordering these future trucks hundreds at a time, has yet to actually deliver one of these vehicles yet.

There is no doubt that it is still very much the early days of this technology – a fact that is not lost on truck makers and fleets alike. So, with the first milestone of CARB’s proposal only four years away, a lot needs to go right in the interim.

What does the trucking industry think?

Officials from Mack Trucks said they are watching the development of the Advanced Clean Truck rule very closely. “As part of the Volvo platform, we as a group are very focused on battery electric,” said Martin Weissburg, president of Mack Trucks. “The fully electric Mack LR in refuse is coming, and other products are in the pipeline as well.”

Kevin Baney, general manager of Kenworth, said that, “We as an OE would have a certain percentage of trucks in California that would have to be zero emissions,” Referring to the fluid nature of regulatory proposals, he noted, “that number continues to change.” Kenworth has hydrogen fuel cell electric trucks in tests at the California ports in a joint project with Toyota.

Baney noted that although the cost of the technology is coming down, it is still expensive. “Our position is there will still have to be subsidies in order for customers to run battery electric trucks. We’ll see where it goes – we’ll be ready for it.”

Roger Nielsen, president and CEO of Daimler Trucks North America, told HDT that Daimler intends to be a leader in the electric and zero-emissions vehicle arena. He referred to the company’s battery-electric Innovation Fleet in California, which includes electric versions of the Freightliner Cascadia and M2 medium-duty truck. Fleets like Penske Truck and NFI are already partnering with Daimler to take delivery of these electric trucks and use them in regular operations.

The Innovation Fleet, Nielsen said, “reflects our ability, our capability to work closely with these regulatory agencies to make sure they understand what’s technologically feasible as well as understanding what the pace of introduction should be,” he said. “We’re working for series production of battery-electric vehicles by 2021. As battery capacity suppliers come on board, definitely we can get out there and show everyone we have an attractive set of vehicles, and they can be run at a cost comparative to what competitors are running.”

One area of concern is on the infrastructure side for both battery-electric and hydrogen fuel cell truck variants. “Customers need to meet with the utility company and the energy supply companies, and they need to come together to figure out how we’re going to create, distribute, and retail electricity.”

“They’re going to have to take real data from these demonstration projects to see what’s feasible and not feasible so they don’t impact commerce,” — Weston LaBar, Harbor Trucking Association CEO.

“We’re learning what the power infrastructure needs are, and it’s a little sobering, not only what it takes but how long it might take to get the infrastructure in place,” he told HDT.

Of course, all of this technological development is moot unless someone is actually buying and using these vehicles. Weston LaBar, CEO of the Harbor Trucking Association, which represents intermodal carriers operating at several major ports on the West Coast, was more emphatic on the problem with infastructure.

“We think the state has done a terrible job in its push toward electrification,” he told HDT. “We don’t see the state making the progress necessary with the utilities to ensure that the infrastructure is there to support it.”

In CARB’s own proposal, the agency acknowledged the current limitations of electric vehicle technology when it comes to range in commercial trucking. Because of this, short-range operations, like those at the ports, are a likely entry point for the technology. Some port carriers are currently participating in early electric vehicle trials, and LaBar said these fleets have already seen what limitations electric trucks have.

He also noted that because electric trucks are also heavier than their internal-combustion counterparts, even if the trucks have enough range to complete a day’s work in some situations, they still don’t make economic sense for many fleets. “Any of our heavy haul overweight corridor carriers, this is not an option for them whatsoever, because the weight of the vehicle diminishes the amount of cargo that they can haul even if it was able to do it from a duty cycle standpoint,” he said.

“I think what we’ve come to the realization of is that at this point in time, it’s not a feasible alternative – not saying it couldn’t be in the future – but there’s a lot left that needs to be achieved to make it a feasible alternative,” said LaBar. “They’re going to have to take real data from these demonstration projects to see what’s feasible and not feasible so they don’t impact commerce.”