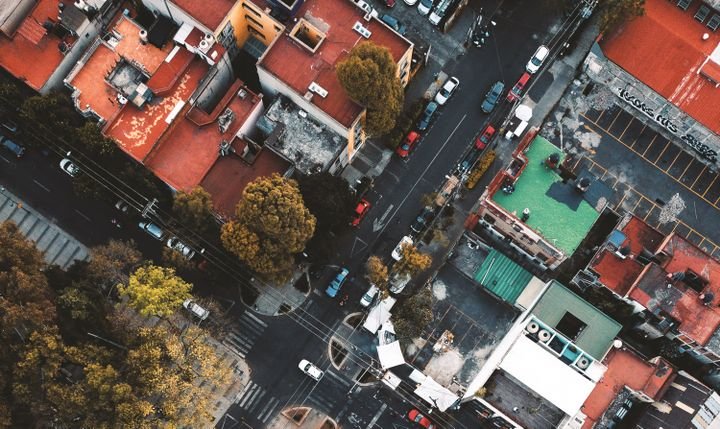 When compared to countries such as the United States or Europe, leasing as a financing option is relatively small among commercial fleets in Mexico. Leasing is growing and one factor fueling this growth is a more stable economy.

Mexico saw a 1.45% year-over-year decline in vehicles sold to commercial companies in 2018, according to the most recent data available from the International Organization of Motor Vehicle Manufacturers.

So far in 2019, these are the most popular cars, in terms of sales to commercial fleets, according to Manuel Tamayo, Commercial Officer — Mexico, for Element Fleet Management:

One thing is immediately apparent looking at this list: small cars are continuing to dominate the Mexican fleet market.

The one non-sedan on the list is a pickup, but it’s one that Tamayo described as one of the smallest and most affordable options in the Mexican market that works well for fleets that need to carry heavier items than their sedans could fit.

Pricing has long been a pivotal concern for fleets in Mexico, and because of this, small sedans have long been favored among Mexican fleets. A commercial fleet in Mexico can purchase a small car for approximately $7,000 – $8,000, whereas the starting price for an SUV or pickup truck typically starts in the low $20,000s. The significant difference in entry price for these types of vehicles is a big reason that fleets in Mexico more often opt for smaller cars.

In addition to a lower acquisition cost, smaller cars are also easier to maneuver in the tight streets of Mexico City, where approximately 40% of fleets in Mexico operate out of, according to Tamayo’s estimates.

“For larger cities it makes sense to have a smaller vehicle, it’s a little bit more convenient,” said Tamayo.

The Growing Trend of Leasing

When compared to countries such as the United States or Europe, leasing as a financing option is relatively small among commercial fleets in Mexico.

Currently, about 30-35% of companies in Mexico lease their vehicles as opposed to outright owning them, noted Tamayo, and a fair amount of this growth in leasing penetration has occurred in the past two to three years.

There are several factors that are contributing to this increase, but two notable factors are a more stable Mexican economy and the growth of multinational companies operating in Mexico.

Multinational companies operating in Mexico are used to leasing in other parts of the country that they operate out of and now that the Mexican economy has been more stable than it has in the past, they’re more willing to choose this finance option.

In the past, companies in Mexico did not want to choose long-term financing solutions because of the somewhat cyclical nature of economic crises in Mexico. The Mexican economy used to see a large drop in the value of its currency every five or six years, so there was uncertainty in how longer-term financing solutions, and the interest rates associated with them, would be affected by these crises.

So, Mexican companies would opt for what they felt was a safer, more conservative approach to securing a vehicle, buying whatever vehicles their available cash could support.

That has changed over the past 20 years. The Mexican economy has been more stable, and the last true financial crisis that Mexico went through was in 2008, during the Great Recession.

With more stability in the economy, Mexican companies are beginning to feel more comfortable with longer-term financing. Newer companies in Mexico, who have grown in an era of more stability, are also more open to newer ways of procuring vehicles.

As this trend grows, it’s also possible that the type of vehicles commercial companies purchase could shift.

The Trend That Isn’t a Trend

The topic of safety is something that is not trending in Mexico in 2019.

Manuel Tamayo, commercial officer – Mexico for Element Fleet Management noted that while there are some fleets that expressed interest in reviewing their safety practices, it’s something that most companies have not shown interest in.

Economic factors are interconnected. One aspect among Mexican commercial fleets that has come as a result of the trend of longer-term financing is a shorter replacement cycle.

As more fleets are choosing to finance / lease their vehicles for three to four years, they’re also choosing to replace those
vehicles at about the same time that their financing term is over.

Among light vehicles, if a vehicle is financed for 36-48 months, it is likely that the vehicle will be replaced around the end of the financing term, Tamayo noted.

The train of thought among Mexican companies that buy their vehicles outright is that they already own the vehicle, so they should run it and keep it until the vehicle stops running, Tamayo added.

“That’s why you would see long replacement cycles with companies that purchased their vehicles,” said Manuel. “But now when you see a company that is purchasing their vehicle through a leasing or financing solution, there you see more discipline in replacing their vehicles every three or four years with light vehicles.”

For larger vehicles, such as medium duty vehicles, the average replacement cycle in Mexico is about five or six years.

The Growing Emphasis on Total Cost of Ownership, Fuel, and Telematics

Fleet managers are facing growing pressure on reducing costs within their fleets and they’re begin tasked with finding ways to lower the overall costs that their fleets are contributing to their company, which is something that fleets in Mexico did not have to worry too much about in the past, Tamayo noted.

One of the biggest contributors to rising fleets costs in Mexico has been fuel.

In 2017, the Mexican government removed subsidies on fuel that were helping reduce the cost of gas at the pump. Since then, fuel prices have been steadily rising.

“Fuel is a big trend in Mexico,” said Manuel. “Our companies are paying more attention to fuel, as fuel becomes a more relevant cost within their fleet operations. Now they want to measure it a little bit more, they want to have better solutions.”

The one-two punch of rising fuel costs and added pressure to reduce costs have led Mexican fleets down the path of telematics.

“Now fleets want to have data that allows them to figure out and understand where they’re spending the most, who’s spending the most, and how they can implement changes within their fleet or their drivers to start saving more money,” said Tamayo.

Mexican commercial fleets have long had GPS tracking systems, but they have mostly been used as a type of security system that allows them to keep tabs of vehicle locations if they need to track or recover a vehicle.

About 30-35% of fleets in Mexico have some sort of GPS device or recovering device in their vehicles, Tamayo estimates.

But now Mexican fleets are looking at telematics systems to gain more insight into their fleets. Fleets in Mexico are now much more interested in viewing how much their vehicles are idling, the routes their drivers are taking and if there are ways to optimize that, and of course, their fuel consumption.

The number of fleets that have implemented telematics systems in their fleets remains small, roughly 15%, but it’s something that more and more fleets in Mexico want to integrate into their operations.