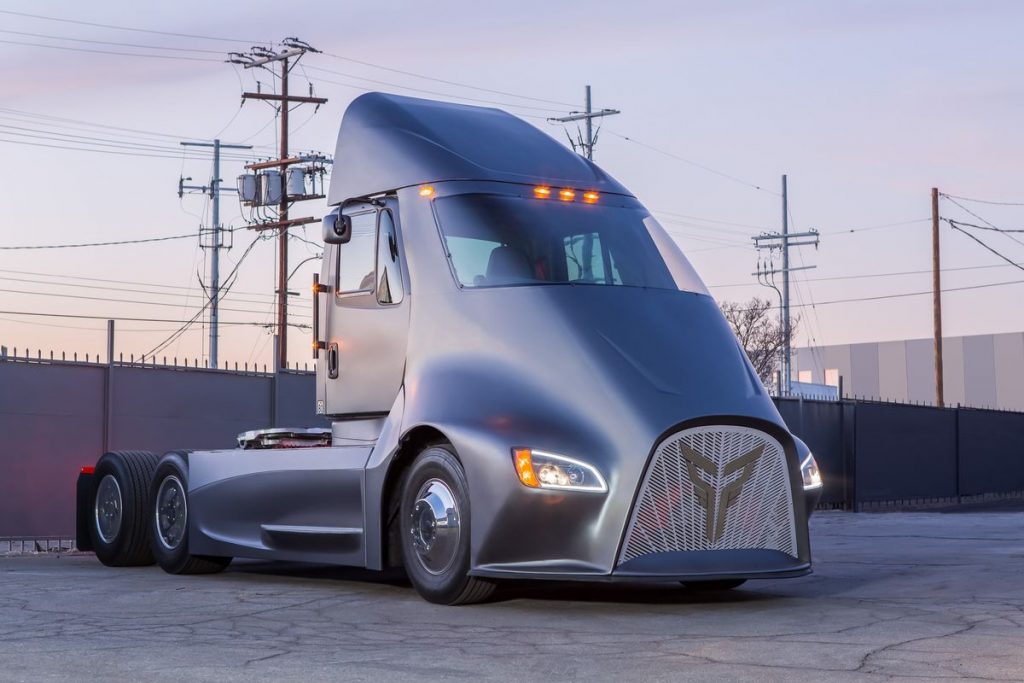 Electroeconomics: The Macroeconomics of Electric Trucks

Electroeconomics: The Macroeconomics of Electric Trucks

In recent years, globally driven economic, environmental and market forces, combined with developments in battery technologies and other tech, have brought electric commercial vehicles to the point where they may soon be a viable option for fleets in specific applications

If the seeming onslaught of new electric trucks, with companies both established and startup designing, manufacturing and selling electric commercial vehicles, caught you off guard, it’s understandable. Electric vehicles in general haven’t been able to compete effectively with diesel- and gasoline-powered trucks and vans due to issues with battery and component pricing, vehicle range, torque control and overall unit cost. The development of competitively priced EVs has been in limbo ever since the internal combustion engine surged ahead on technology and affordability fronts in the late 1920s.

But in recent years, globally driven economic, environmental and market forces, combined with developments in new battery technologies and computer-controlled energy management systems, have brought electric commercial vehicles to the point where they may soon be a viable option for fleets in specific applications well-suited to the range limitations and charging requirements.

We asked two companies on the forefront of electric vehicle design to explain why an electric truck or van may be on your comparative shopping list in the near future. 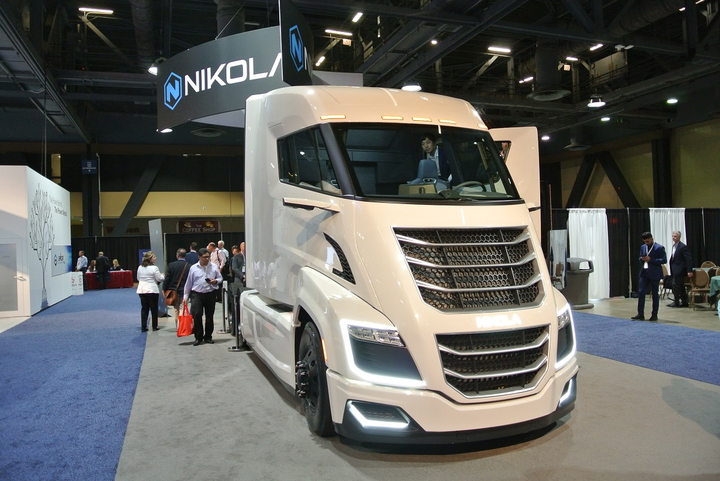 There are essentially two types of electric trucks in development today – and the producers of both types of vehicles say they will have models ready for sale as early as next year.

The more commonly recognized powertrains are “pure electric” or “battery electric” vehicles. As the name implies, these are vehicles that rely on onboard, rechargeable battery packs to power electric drive motors and move the vehicle.

In their essential forms, both of these means of powering vehicles have been understood for a very long time. The problem with bringing vehicles equipped with these systems to market was the cost of the components involved – most notably the batteries themselves. Until very recently, these batteries were not only expensive to produce and purchase, but their “energy density,” the amount of electricity they were capable of storing relative to their size, was unsuitable for the kind of longer-range routes truck fleets needed to deploy electric-powered vehicles successfully.

But recently, major changes in both battery technology and cost have dramatically reworked the electric truck market both in the United States and abroad. And those changes go a long way toward explaining why these vehicles are suddenly poised to reshape conventional vehicle specifications in a host of applications.

“Where we are today is the result of global megatrends in a variety of aspects that directly affect the price and performance issues related to electric trucks and vans,” says Steve Slesinski, director of product planning for Dana, which has make a series of major investments and strategic partnerships over the past couple of years to eke out an early leadership position as a provider of drivetrains and components for electric commercial vehicles.

Slesinski says that the costs of the large battery packs needed for electric trucks and vans have declined significantly over the past five to six years, to the point where there are now approaching the price a fleet would pay for a year’s worth of diesel fuel for a similarly equipped vehicle.

“Five or six years ago, a lithium ion battery specialized for a truck or van would cost around $1,000 per kilowatt-hour,” Slesinski notes. “That cost has been declining – on average – about 20% per year. We are now at the point where batteries cost about $250 or less per kWh.”

To better understand how important those cost reductions are for the future of commercial EVs, Slesinski says he likes to think of them in the context of trucks running today. “If you have a truck or tractor running 200 miles per day, you’re going to need a 400-kWh battery pack to enable that kind of range. And to do that at few years ago, you were looking at a $400,000 price tag on a new truck – just for the batteries. Today, the cost of those same batteries is in the $100,000 range – possibly less. So, as I said, we are getting awfully close to the point of parity when it comes to comparing a new electric truck with a conventional, diesel-powered unit.”

And now that the viability on pricing is there, Slesinski adds, access to economies of scale, in which mass production techniques bring prices down even further, will soon come into play as well.

Many of these same factors are happening with hydrogen fuel cells as well, says Mark Russell, present of Nikola Motors, which is spearheading the technology push to develop trucks that can tackle long-haul routes with this technology powering them.

“There’s an old joke about hydrogen-powered vehicles,” Russell says with a chuckle. “‘Hydrogen is the fuel of the future – and it always will be.’ That’s because it took a long time to get to the point where a hydrogen-powered commercial vehicle made economic sense.”

Change has come with stunning swiftness, Russell concedes – particularly for a fuel that seemed like it was never going to take off. “Hydrogen can be made as a byproduct of natural gas,” he notes. “But it is an expensive process with carbon emissions penalties to boot. But those prices have gotten incrementally better over time. And in the past couple of years, the price of hydrogen, along with the fuel cells which chemically break hydrogen cells apart and create electricity as a byproduct, have decreased as well.”

“There is kind of an analogous trend going with hydrogen fuel cells,” Slesinski agrees. “Once again, we’re seeing decreased costs as more hydrogen fuel becomes available on an individual basis. But hydrogen is a great fuel. It meets any sustainability goal on the books today because there are no emissions whatsoever. As we project out into the future, I think we’ll see the same trends come into play with hydrogen that we’re already seeing with battery electric technology, along with further decreases of the price of the fuel itself to bring costs more in line with internal combustion engine vehicles. The cost of hydrogen right now is around $14 a kilogram. We need for it to get to around $4 a kg – with diesel fuel around $3.20 a gallon – before fleets can make an apples-to-apples comparison when purchasing new vehicles. But we are getting there. Hydrogen technology – just like battery technology – continues to improve at a rapid clip.”

We live in a global super economy today, and nowhere is that reality more evident than in the automotive industry. And trucking is no different. The research and development costs of developing new engines, transmissions, and all-new models of vehicles can now easily run into the billions of dollars. In order to put themselves in the most advantageous position possible to recoup those investments and eventually turn a profit, truck OEMs must either have a global reach, or partnerships with foreign vehicle manufacturers. And that means they must recognize, and respond to global design trends and develop products that they can compete with and sell in any trucking market on the planet.

In other words, the days of designing and building a truck exclusively for North American market preferences are over. And while electric trucks are only just beginning to make inroads in North American vehicle markets, they already have firm beachheads established in foreign truck, van and bus markets.

“The foreign influence on electric trucks cannot be over-emphasized,” Slesinski says. “There are very real emissions concerns around the globe – notably in places like India, Japan and particularly China – where governments are aggressively working to clean up the air and reduce smog. A lot of the vehicle electrification technology we’re starting to see in North America today is a direct result of these foreign efforts to reduce emissions.”

Another aspect that comes into play, Slesinski notes, is the very different nature of many urban areas in both Asia and Europe. Many of these cities are very old with narrow streets. Many of them are extremely crowded. So many of the local governments in these locales are increasingly turning to electric buses and trucks.

“As these major urban centers overseas continue to grow, they become even more crowded. And a lot of cars and trucks in the city centers can create real problems in terms of congestion and emissions,” Slesinski says. “The Chinese are really driving a lot of the current electrification trends. And we’re seeing similar trends closer to home in Canada. And all of this helps to push costs down further and spur more research in development in improved batteries and drivetrains.”

Nikola has announced plans for a European version of its long-haul hydrogen tractor (which also will be available in a batter-electric version), and Russell notes that fuel cell technology is also under development there and in China, although he cites infrastructure as the biggest difference between the Chinese and North American markets.

“We are hard at work on developing an infrastructure here because we have to be. And we have to largely do so by ourselves, with minimal help from the government right now,” he explains. “We are currently building the largest hydrogen dispensing station outside of China outside of Phoenix, Arizona.”

Russell says Nikola’s Phoenix hydrogen station will have a capacity for 1 ton of the fuel, with another 2-ton station located nearby. Soon, he notes, the company will begin work on an even larger, 8-ton-capacity station in Southern California, with a network of stations eventually going up first on the West Coast and then nationally.

“The station configuration will be set up so the fuel is measured by weight,” Russell explains. “Hydrogen is about the same density as diesel fuel. So it is very energy-dense in terms of its Btu-to-weight ratio. And we’ll be able to pump a couple of hundred gallons of hydrogen into a tractor in about the same amount of time it takes to fill the tanks on a long-haul diesel truck.”

Another point Russell makes is that in the near future, thanks to technology advances in the renewable energy sector, these new fuel stations will be able to create the fuel needed to power hydrogen-powered trucks at a fraction of the costs it takes to drill for oil and refine it into gasoline or diesel.