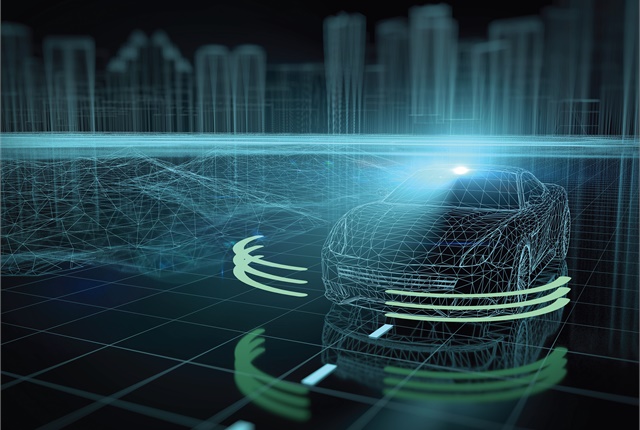 Preparing Your Fleet for Autonomous Vehicles

Preparing Your Fleet for Autonomous Vehicles

Technology available on vehicles today is pushing us closer to self-driving vehicles. But there’s still a lot of work to be done before we get there.

Cities, states, and other government entities are working to become “smart” in how to use technology to be more connected, automated, and efficient. In the transportation industry, vehicle manufacturers are assisting drivers with technology to prevent or correct driver errors. This evolution is expected to eventually lead to widespread acceptance of more highly automated vehicles.

Perhaps the most compelling reason to automate driving functions is related to safety — the opportunity to reduce crashes and injuries and save lives.

This may be why safety technologies are some of the first “automated” features rolling out in today’s vehicles.

As technology improves for autonomous vehicles, fleet managers should know:

Dan McGehee works at the University of Iowa as director of the National Advanced Driving Simulator Laboratory, a proving ground for transportation technology. He has been at the forefront of crash avoidance technology testing and development for over 25 years, and he helped develop the first prototype forward collision warning system for General Motors.

“The technology that is available to fleet managers today is cheap and effective, prevents crashes, and saves lives. Automatic emergency braking (AEB) technology alone can provide a 40-60% decrease in rear-end crashes,” McGehee said.

A reference for fleet managers he recommends on what technology exists today by vehicle make and model is available at www.mycardoeswhat.org. The NSC and the University of Iowa developed the site to keep drivers up to date on car safety technologies.

McGehee urged fleet managers to “take full advantage of what automated vehicle (AV) features are available now. Even if it costs a bit more initially, the safety benefits and liability cost avoidance more than pay for these enhancements, many of which will be mandated in the near future.” McGehee suggested making part of your vehicle replacement business case the need to reduce crashes, injuries, and fatalities — and the associated costs.

“Even entry-level vehicles have excellent safety enhancements like AEB,” he pointed out. This “makes them well worth the initial costs in terms of potential reduced exposure to liability.”

In a report for the GHSA, he explained what AVs are, what’s coming, and when. There are levels of AVs ranging from Level 0 with no automation to increasing levels of handing over control to technology through Level 5, which is vehicles that are self-driving at all times. (See the Five Levels of Vehicle Autonomy image at right.)

Hedlund’s work focuses on helping state motor vehicle and transportation departments figure out how cars driven by humans and autonomous vehicles can successfully interface on the roadways, a scenario that is predicted will be in place for at least a generation.

How quickly AVs with greater levels of autonomy become commonplace is dependent on public acceptance. At this time, Hedlund reported the majority of the public is skeptical. More than 80% of respondents in two surveys said they prefer AVs that let drivers take control, as they’re not ready to hand over complete control.

In order for fleet managers and organizations to stay informed and to ensure they have a seat at that table, Hedlund recommended they reach out to organizations such as the American Association of Motor Vehicle Administrators (AAMVA).

“Fleet organizations should consider developing best practices and providing advice for their members. Be informed, be a player, join a task force, mesh with what’s going on. AAMVA represents motor vehicle and transportation departments nationwide,” Hedlund said. He also advised fleets to “stay flexible. This technology is disruptive and is changing very rapidly.”

The National Conference of State Fleet Administrators (NCSFA) President Bob Williams, assistant commissioner of Vehicles and Asset Management for the State of Tennessee, said the group’s annual workshop in Des Moines this September will feature a presentation by crash expert McGehee on ongoing and upcoming challenges and opportunities relating to automated vehicles.

NAFA Fleet Management Association President Bryan Flansburg indicated, “NAFA resources in support of the technological advancements in fleet include a white paper on cyber­security and an overall organizational direction supporting fleet managers re-training. [There is a] paradigm shift in their roles to encompass new technologies and mobility management, not just asset management.”

In 2016, the City of Beverly Hills, Calif., adopted a resolution to support adding AVs to its fleet. The city envisions point-to-point, autonomous vehicles that citizens request by smartphone to fill the “first and last mile” gap related to public transportation — specifically for the planned extension of the Los Angeles Metro Rail System.

“Two of Beverly Hills’ technology initiatives that are in various stages of planning, development, and implementation will dovetail to create what we believe is the perfect location for pioneering autonomous vehicle technology,” Crowder said.

Those initiatives are its “Fiber to the Premises” program, creating a Wi-Fi backbone connecting everything in the city, including all homes and businesses, and a smart roads program connecting roadways via sensors for AV navigation. The city also plans to host an AV symposium in 2017.

The City of Las Vegas has moved forward with a successful pilot. In January 2017, the city completed a 10-day test of a 100% autonomous electric shuttle bus, collaborating with local officials, business owners, citizens, and two vendor partners, Keolis and NAVYA. The State of Nevada enables the testing and operation of driverless vehicles.

Keolis, the local transit provider, had a customer service agent on board to monitor and take control if needed, which was not necessary. Wadsworth estimated about 1,000 people rode the fully autonomous shuttle per day during the pilot.

“People were excited to ride in it,” Wadsworth said. “Some were skeptical at first, but after riding in it they had a change in perception and wanted to know when it would become permanent.”

Based on feedback from riders, the general public, and adjacent business owners, the pilot was a success. Wadsworth said, “It operated during the specified hours without failures during a 10-day period. There were crosswalks, and the vehicle recognized people crossing the street and stopped for them the way it was supposed to for the duration. During the test, the city experienced a variety of weather, including high winds, rain, and colder temperatures, without problems.”

How did the shuttle know where to go? Wadsworth said the city did not perform any hardscape modifications to the roadway.

“In this pilot, the vehicle was not connected to traffic signals so they were put on flash to indicate a yield condition. NAVYA engineers drove the course to obtain a mapping, fine-tuned the vehicle route, and programmed it using GPS to navigate. It also used LiDAR, which is like radar, to sense the roadway and obstacles in its path,” she said. “The team collaborated with traffic control experts to determine how to handle traffic on the corridor. The self-driving vehicle used the eastbound lane, closing it to mixed traffic, and had one lane open to all traffic in the other direction to limit exposure.”

As deployment of AVs continues to advance, Wadsworth identified integration with human-driven vehicles and funding for deployment of advanced technologies as the main challenges.

However, that’s not stopping the city from moving forward. Wadsworth said the city is interested in another pilot similar to the one just completed. In future pilots, the shuttle would be connected fully to traffic signals, and the city plans to add a downtown circulator with a goal to eventually fully automate that as well.

Wadsworth said the biggest benefits of having successfully piloted a 100% self-driving shuttle bus on the streets of Las Vegas were “the collaboration among all the parties involved and seeing that the technology is not years out, it’s here today — and the residents support that technology.”