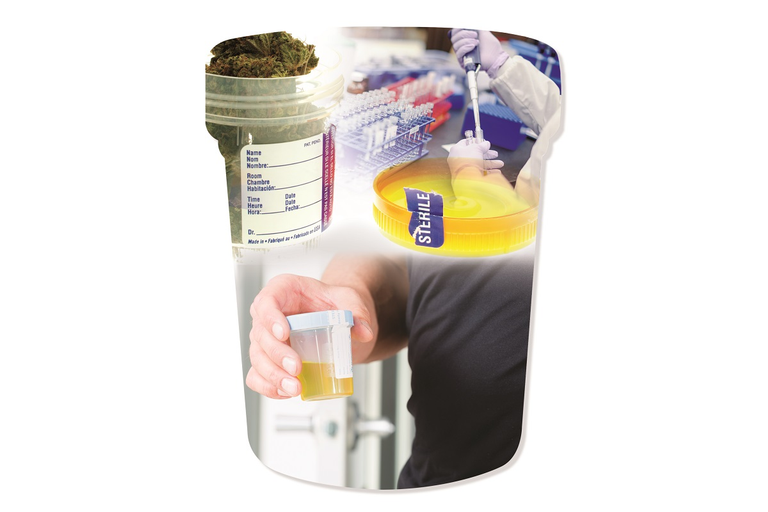 Is There a Better Way to Drug Test?

Is There a Better Way to Drug Test?

Since 1988, federal regulations have required commercial drivers to submit urine samples for pre-employment, random, and post-accident testing for prohibited drugs.

Twenty years on, the Government Accountability Office (the investigative arm of Congress) published a study outlining serious challenges confronting the Federal Motor Carrier Safety Administration in its oversight of the drug-testing program:

Although this study is over a decade old, these challenges still exist. They’ve been made more problematic by the opioid epidemic and increasing legalization of marijuana in many states.

In that 2008 study, GAO investigators posed as commercial truck drivers needing DOT drug tests. At 10 of 24 testing sites, testers did not ask them to empty their pants pockets to ensure no items were present that could be used to adulterate the specimen. At other collection sites, investigators found substances available that could have been used to dilute or otherwise tamper with their specimen. At some sites, they had ample opportunity to have a different individual come in and provide a sample for them.

Search for “how to pass a drug test” on the Internet and you’ll go down a rabbit hole of articles and products that claim they can help drug users pass urine, saliva, and even hair tests. There are detox programs, synthetic urine, special shampoos to use before a hair test, and more.

Drug-testing labs are getting more sophisticated about catching cheaters, but at the same time cheaters are getting smarter about how they try to game the system.

“We’re fighting urine cheaters daily, and they’re getting smarter at it and they’re getting good at it,” says Gina Kesler, CEO of Phoenix, Arizona-based Impact Employee Solutions, a third-party drug testing administrator serving primarily transportation. “Your good collectors will be able to identify [a suspect specimen] very quickly. Even if it’s real urine, they can tell it’s just not right,” she says – but there’s a shortage of good, experienced workers in the drug-testing industry.

In response, some fleets have turned to hair testing, including some of the largest motor carriers in the country, such as Schneider, J.B. Hunt, Swift Transportation, and U.S. Xpress.

Although it is more expensive than urine testing, and fleets still must test urine to meet DOT requirements, these companies say hair testing is less prone to cheating and more likely to catch chronic drug users.

“We have not found any adulterants that can beat a hair drug test at this time,” says Quest Diagnostics on its website. “Moreover, the risk is minimized, because [unlike urine testing] every hair collection is observed.”

In addition, cocaine, methamphetamine, opiates, and PCP are rapidly excreted and usually undetectable in urine 72 hours after use. Rather than the hours or days covered by saliva or urine tests, respectively, a hair test covers a period of months, so a drug user can’t pass the test by simply abstaining for a few days.

With urinalysis, Greenberg says, “It’s easy to ‘study’ for your pre employment screening. You know you’re going to be tested for it, so it’s easy to get it out of your system to pass that initial test – and then you can go back to what you’re doing” in terms of drug use.

The Trucking Alliance and some large fleets have been lobbying to have hair testing accepted for DOT-required drug and alcohol screening.

In June, the Substance Abuse and Mental Health Services Administration (SAMHSA), part of the Department of Health and Human Services, sent a final rule detailing new mandatory guidelines for federal workplace drug-testing programs allowing the use of hair testing to the White House Office of Management and Budget for approval.

However, using hair testing as a DOT-regulated drug testing method could still be years away, says Dave Osiecki, president of Scopelitis Transportation Consulting. Even after the OMB approves the HHS guidelines (which could take months), two Department of Transportation agencies have to go through a potentially lengthy rulemaking process: the Office of Drug and Alcohol Policy and Compliance and the Federal Motor Carrier Safety Administration.

As the proposal goes through the rulemaking process, it will face challenges from critics such as the Owner-Operator Independent Drivers Association and organized labor.

“The Trucking Alliance has yet to demonstrate that they have experienced a reduction in crash rate since their voluntary adoption of hair testing,” the OOIDA Foundation wrote in a briefing on the topic. “Neither have they presented evidence showing that their hair testing labs meet the rigorous standards of scientific methodology for testing or that their hair-testing equipment and protocol has been consistent and unbiased.”

Last year, less-than-truckload carrier ABF’s proposal to require hair-testing of all employees was challenged by the Teamsters during labor negotiations. The union noted in a report on the negotiations that “drug-testing hair samples detects possible drug use (illegal and legal prescription) from weeks and months earlier but does not necessarily test for on-the-job use or impairment.”

Critics also contend that hair-testing results can result in false positives because certain drugs can be absorbed into the hair from the environment – and that this allegedly happens more easily with African-American hair, leading to accusations of racial bias in these tests as well.

But hair-testing advocates say those concerns are unfounded, provided the testing is done properly.

The National Drug & Alcohol Screening Association explains that when a drug is ingested, it enters the bloodstream and is broken down into specific metabolites. When a hair sample is screened, both the parent drug and the metabolite are isolated and measured.

“If drugs were in the air or on a person’s hands and thereby got on a person’s hair from outside, the drug would be present as the drug substance itself, and not as certain metabolites or with metabolite/parent drug ratios which are known to be produced by ingestion,” Psychemedics notes on its website.

Psychemedics says it uses an extensive wash procedure on test samples and analyzes the wash to ensure that any potential contamination has been removed or taken into account. “Other labs may use a less effective wash and/or do not analyze the wash, putting their clients at risk for making employment decisions based on a result that may be reflective of external contamination.”

Meanwhile, another type of drug testing is working its way through the regulatory process for transportation workers: oral fluids testing, better known as saliva testing or mouth-swab testing.

In 2015, SAMHSA published proposed guidelines for the inclusion of oral fluid specimens in the mandatory guidelines for federal workplace drug-testing programs.

Abigail Potter, manager of safety and occupational health policy at American Trucking Associations and self-described ATA “drug czar,” says oral fluid testing “is probably as close as we’re going to get to show some level of impairment” for users of legalized marijuana. “Canada is introducing pilot programs to introduce roadside oral fluid testing, and I think that’s going to be the standard going forward. It’s not perfect, but BAC [blood-alcohol content] isn’t perfect either, so we’re hoping oral fluid testing can be kind of that baseline standard.”

In an industry faced with difficulty finding and keeping qualified drivers, some worry that stricter drug-testing protocols, especially in the wake of legalized marijuana in many states, will only make that situation worse. Dean Newell, vice president of safety and driver training for Maverick Transportation, which has been hair testing since 2012, says a fellow trucking exec called him wanting to know what the fallout would be.

“I look at it from a different perspective of, ‘I don’t want them in a wreck,’ vs. ‘How many am I going to lose’ by going to hair testing,” Newell says. “I’d venture to say generally, you’ve probably got other issues with [drivers who would be driven away by stricter hair-testing] anyway.”