Cow Power by the Numbers 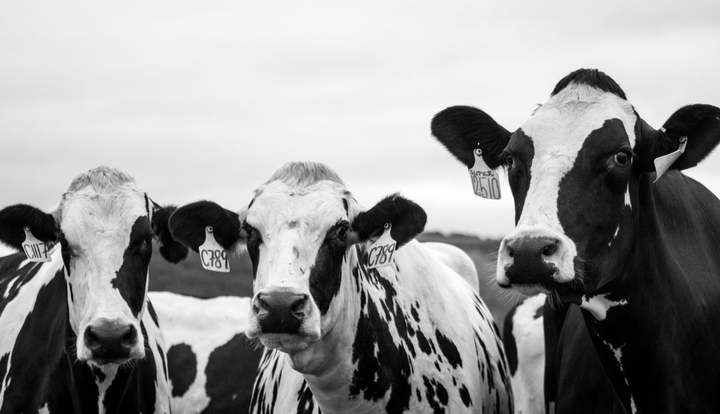 Cow Power by the Numbers

Cow power is the cleanest of all possible energy sources, including solar, wind, diesel, biodiesel, gasoline, and ethanol. Cow power also has the potential to supplant a considerable amount of our energy needs. There is an enormous potential for cow power to reduce greenhouse gas levels in the U.S. when you combine these factors.

How Cow Gas is Made

Traditionally, the manure from cows is used in land spreading or plumbed into human-made, open-air lagoons. As the manure is organically broken down, it releases methane, a potential greenhouse gas that is roughly 30 times as potent as carbon dioxide, into the atmosphere.

The manure is took to an anaerobic digestion system, a closed bioreactor starved of oxygen in which a series of microbes work to break down the manure into biogas rich in methane. This biogas is then cleaned to produce a renewable natural gas that is transported to natural gas fueling stations like those at American Natrual Gas (ANG).

The amount of energy that is produced by anaerobic digestion of the manure of beef and dairy cattle is 22.7 and 31 cubic meters per day per cow, respectively. After the amount needed to heat the digesters to 95 °F from an average ambient temperature of 68 °F is accounted for, the surplus energy per head of cattle is 520 Btu per hour for beef cows and 380 Btu for dairy cows. Annually then, the energy production is 4.56 million Btu per beef cow and 3.33 million Btu per dairy cow.

There are currently 32.4 million beef cows and 9.3 million dairy cows in the U.S. The energy production potential in the U.S is 148 trillion Btu from beef cows and 31 trillion Btu from dairy cows, which gives a total of 179 trillion Btu per year of available cow power. In 2018, there were 873 trillion Btu of natural gas used in the transportation sector. There are many sources of renewable natural gas, including landfill waste, wastewater treatment plants, and other types of manure waste such as poultry and swine. Cow power alone has the potential to make up 20.5% of all current use of natural gas in transportation.

The most well-developed methodology for measuring and comparing greenhouse emissions from various fuel types is the Low Carbon Fuel Standard used in California. The standard utilizes a measurement called the carbon intensity. The carbon intensity is given in terms of grams of carbon dioxide equivalent emissions per megajoule of energy (gCO­2e/MJ) over the entire lifecycle of a fuel’s production and use.

Of all the currently used types of fuel, renewable natural gas from dairy waste–cow power–has the lowest carbon intensity score. Since emissions are mitigated by harnessing the methane that would otherwise be released into the environment, the lowest carbon intensity allocated to any cow power source is -254.94 gCO2e/MJ. In other words, for every megajoule of cow power used, roughly 255 grams less carbon dioxide equivalent emissions are released.

About the Author: Trey Teall has more than 15 years of experience in the renewable energy industry working on commercial and grant-funded renewable energy R&D and production. He has experience working with renewable natural gas, anaerobic digestion, biodiesel, and gasification for projects with the private, public, academic, and military sectors. In addition to working with ANG, Trey also serves as the Chief Technology Officer for Biodico.