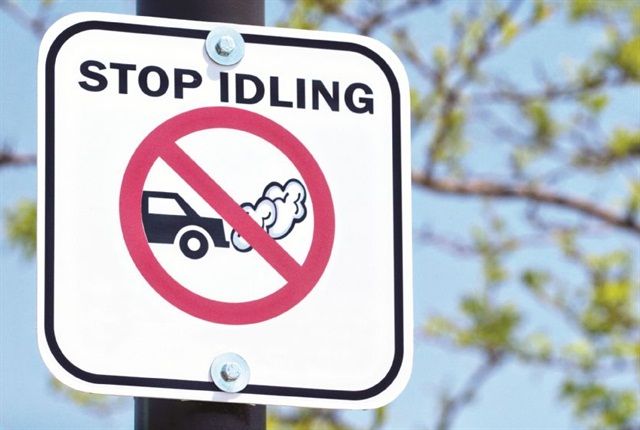 Do anti-idling technologies really work? Spoiler alert: They do.

In addition to telematics and auxiliary power units that can be used for anti-idling purposes, vehicle calibrations and devices that turn off idling engines can also reduce idling and fuel use. Four fleets in various stages of using idle-reducing devices, from one completing an initial pilot program to another with anti-­idling technology in place for several years, all saw a return on their investments — and have plans to expand their programs in the future.

When Derive Efficiency, formerly SCT Fleet Solutions, approached the North Carolina Department of Transportation (NCDOT) about using a fuel-saving device that calibrates vehicle settings, the organization wanted to vet it thoroughly. So the team started with a proof of concept test on five vehicles performed in conjunction with North Carolina State University. “The fuel savings was significant enough to promote further exploration of the device,” said Scott Capps, PE, CEM, state maintenance and equipment engineer, NCDOT.

The next step was a 90-day pilot that included 30 Class 1 pick-up trucks with historically high utilization.

The pilot was not exclusive to anti-idling; it also included various calibration changes to the powertrain of the vehicles.

“Following the initial pilot, operators complained of loss of power and acceleration ability,” Capps noted. “So the vehicles were reprogrammed and observed for an additional 90 days.” In the follow-up pilot, the powertrain calibration was adjusted to balance the needs of the operators.

Both pilots showed promise: the first resulted in 6-7% fuel savings, the second in 4% fuel savings. As a result, the ­NCDOT plans to install the devices. “Based on the proof of concept test and our current pilot, we have experienced fuel savings and emissions reduction,” Capps said. “We are planning to expand installation to an additional 150 Class 1 vehicles within our fleet.”

For the last seven years, the City of Columbus, Ohio, has banned the purchase of SUVs for its fleet, instead urging its drivers to downsize. The decision wasn’t popular, but fuel efficiency was the priority.

So when Ford eliminated the Crown Victoria and the Police Department began advocating for SUVs as the best replacement for its needs, Fleet Administrator Kelly Reagan was torn. “We were named the No. 1 Green Fleet in 2011 and SUV is a three-letter swear word in the City of Columbus — we simply do not allow anyone to purchase them,” he said. But it became clear the Police Department needed the larger vehicles because there was no suitable replacement similar in size to the Crown Victoria. Reagan had to look at stepping up into the Ford Police Interceptor Utility or the Chevrolet Tahoe, as those models were the best fit for patrol and freeway applications.

“As fleet managers, it is very important that we be solution-conscious and not problem-oriented. It is incumbent upon us to help all our user agencies get what they need in fleet to get the job done as efficiently as possible,” Reagan said. “I had said for years to many police requests for an SUV, No, no, and no again and have passionately fought these units; bigger is not always better.”

Realizing the SUVs were the right fit for the job, the fleet began to entertain the idea on one condition: the Police Department would use an anti-idling solution for the SUVs. “We assured them that if we can find a solution together, then with one voice Fleet and Police will advocate for the SUV for all front-line police cruisers,” Reagan explained. “It worked beautifully, and by working together, police is developing a standard operating procedure for anti-idle and is really excited about becoming part of our Green Fleet Action Plan by saving fuel and reducing their carbon footprint.”

The City of Columbus is now installing anti-idling technology on 90 of its police vehicles.

The solution, the GRIP Idle Management System and Espar heater, costs about $278,000 including installation. The system automatically turns off the engine once idling exceeds a pre-programmed amount of time while powering all auxiliary equipment as if the engine were running. One unique aspect of the technology is its climate control feature, which includes both heat and air conditioning to maintain a constant temperature in the interior of the vehicle.

Reagan expects the equipment will pay for itself within a year. With data from a pilot program with a Ford Interceptor Utility PPV, the city projects a 34% reduction in idling. The units cost $3,000 each, and projected savings per cruiser in the first year is more than $3,500. “Patrol vehicle duty cycle is five years, three years front-line and two back-up, which means the system will help save about $14,000 in fuel costs across the vehicle’s five-year lifespan,” Reagan said.

With the strong promise of return on investment (ROI) and a satisfied customer, the fleet division already has plans to install the technology in all new marked patrol cars, eventually programming all 339 marked police vehicles. Once all 339 cruisers are equipped with anti-idling technology, fuel cost savings should total $1.2 million per year.

“I would absolutely recommend anti-idling technology to other fleets,” Reagan said. “We are already exploring a number of other applications for the same technology for other city vehicles.”

Like the City of Columbus, deputies in Santa Barbara County, Calif., rely on the auxiliary equipment in their patrol vehicles, a circumstance that led to excessive idling. Deputies have good reasons to idle. For one, specialized equipment such as two-way radios, scanners, and mobile data computers in the patrol units are necessary for them to do their jobs, but cause battery and starting problems when the vehicle is turned off over extended periods of time.

Second, when deputies shut off their patrol units, their mobile data terminals (MDTs) shut down after an hour, requiring deputies to log back in to the system each time. Not having the patrol unit’s MDT up and running could be problematic if the deputy receives a priority call for service.

“Prior to installing the anti-idling technology on our patrol fleet, it was not uncommon for deputies to run the vehicle for their entire 12-hour work day,” said Mitch Guenthart, fleet manager, Santa Barbara County. “We attempted to calculate the fuel wasted annually used for patrol car idling and conservatively, we came up with a number of 51,148 gallons. The actual number was likely much higher.”

The team was charged with two goals: eliminate prolonged patrol car idling while ensuring their deputies had reliable patrol units that would always start. After exploring several options, the county purchased the Havis IdleRight2 battery monitoring system along with a Viper car alarm system for testing. When the vehicle is off and electronics are on, “the IdleRight2 module constantly monitors the unit’s battery charge state and then sends a signal to the Viper car alarm system to auto-start the car when the unit’s battery level falls below 12 volts,” Guenthart said. “Once the unit auto starts to replenish the unit’s battery charge level, the unit shuts back off after 12 minutes of idling. With this system, when a unit auto-starts, the patrol car idles in a secure idle condition; this means the car is locked, there is no key in the ignition, the car alarm is armed, securing the patrol vehicle and the vehicle’s weapons from being stolen.”

After installing the anti-idling system on a test car, the team tested the vehicle in the shop for several days, aiming to replicate the conditions under which a patrol car would normally operate — with the engine off, and the two-way radio, scanner, and MDT all on. The team found the test car would go three to four hours before needing to auto-start for 12 minutes to replenish the unit’s battery. “We quickly realized that idling the car for 12 minutes for every three to four hours of engine ‘off’ time was significantly better than the old patrol habits of prolonged idling,” Guenthart said.

The cost per unit for parts is around $450 per car and requires about four hours of labor per car for system installation, which was performed in-house. “We fully expect an ROI in less than six months while at the same time helping the Sheriff to comply with the grand jury’s mandate and the county’s anti-idling policy,” Guenthart said. “We will be closely monitoring actual savings and results going forward.”

Clark Public Utilities in Vancouver, Wash., approaches idle-reduction technology from a slightly different standpoint. Where many fleets invest primarily because of the fuel savings, this fleet found that excessive idling had a big impact on equipment engine life, especially in its diesel application, where a major cause of engine failure was excessive idling.

To address the problem, the fleet services department first looked into using auxiliary power units but found them to be too large and expensive for its specific application. It then started experimenting with smaller technology and eventually found a system that could fit onto large, medium, and small trucks alike.

Today, Clark Public Utilities has 10 large manlifts and eight one-ton cargo vans using idle-reducing equipment. By the end of next year the organization hopes to have 25 more units equipped.

Clark Public Utilities uses an idle reduction module from Ozone Technologies designed to automatically start and stop the engine within a controlled set of programmable values and ambient temperature. “It, along with a 3,000-watt inverter and three auxiliary six-volt batteries, provides for a system that is designed to let our equipment operate all their emergency lights, work management systems, and other auxiliary systems for over three hours before a restart,” said Paul Chamberlain, fleet services manager. “It can be integrated into both gas and diesel engine applications within any application and vehicle or truck electrical system.”

After six years in use, Clark Public Utilities has seen about a 10% reduction in idling. “We are using the data we collect to assist us in communicating the impact that excessive idling has on equipment reliability,” Chamberlain said. “The pay-off for us will come in an opportunity to increase fleet reliability when idling is reduced as we have found that excessive idling is detrimental to equipment engine life.”

While idling reduction has been in place for years, Chamberlain said there is still room for more to come. “I hope to expand further into more of our medium-­duty service type trucks. Right now our department goal is to communicate the data and talk about the benefits to get department buy-in,” he said. “Once we get buy-in, our utility should easily see a 30% reduction in idling.”