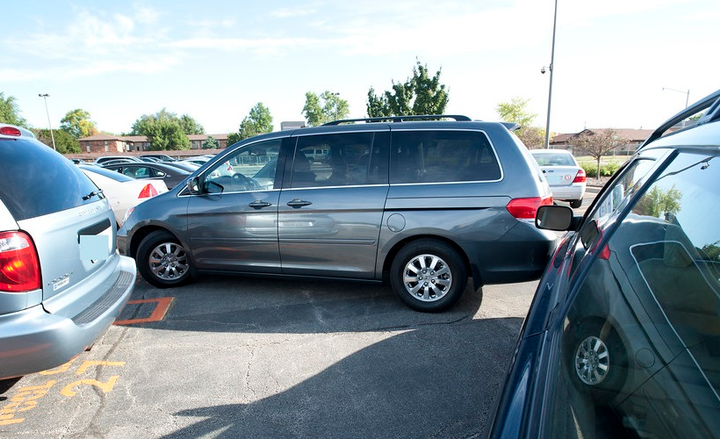 The introduction of having backup camera’s being implemented in all new vehicles beginning with the 2018 model year has seeked to curb this problem. However, the issue is still ubiquitous, especially in parking situations. Photo courtesy of State Farm via flickr.com

While accident management safety statistics reported this year remained mostly consistent to what was reported in last year’s annual report, crashes that occurred during parking maneuvers, or rear-ending incidents, continued to dominate the fleet industry. These incident types are prevalent in the industry, and are a perennial concern to fleets everywhere.

Alarmingly, more than 6,000 people are injured every year as a result of vehicles backing up, with roughly 2,400 of those injured being children, according to the National Highway Traffic Safety Administration (NHTSA).

The introduction of having backup camera’s being implemented in all new vehicles beginning with the 2018 model year has seeked to curb this problem. However, the issue is still ubiquitous, especially in parking situations.

According to the National Safety Council, more than 50,000 collisions occur in parking lots and garage structures annually — resulting in 500 or more fatalities and over 60,000 injuries.

Despite the large numbers, fleets know these events are preventable.

“It’s not always a high cost because it’s usually at lowers speeds, but it’s 110% avoidable,” said Phil Samuelson, fleet and capital asset manager, USIC, with regards to vehicle backing incidents. “All the vehicles that we’ve acquired in the last three years have back up cameras and we’ve implemented back up alarms as well, but we still have backing accidents.”

Other in-vehicle technologies designed to prevent crashes in situations such as this includes automatic braking. Ten automakers report equipping more than half of the vehicles they produced between Sept. 1, 2017, and Aug. 31, 2018, with automatic emergency braking, according to both NHTSA and the Insurance Institute for Highway Safety (IIHS).

Similar to the mandate requiring  new vehicles to be equipped with back up cameras, this is the second update of manufacturer progress toward equipping every new passenger vehicle with the crash avoidance technology by Sept. 1, 2022, according to NHTSA.

Since technology is not a panacea solution that will be able to make these types of different accident disappear overnight, drivers need to be more so considerate of their surroundings.

So whether or not drivers are equipped with the aforementioned technologies, reducing the risks associated with backing up begins with some simple preparation prior to driving. This includes adjusting mirrors, eliminating distractions, surveying the perimeter of the car, etc.

Other vehicles hitting a parked fleet vehicle was the No. 1 accident type for fleets in 2018. This was followed by other vehicles rear-ending a fleet vehicle, and then fleet drivers crashing into stationary objects.

“Being rear ended at a traffic light, or coming back to your vehicle in a parking lot and finding damage seems unavoidable, but there are things a driver can do differently to lessen the chance of this happening, from parking in a safer, less congested space to beginning your stop earlier, which can give the driver behind you more time to react. These safe habits are teachable moments worth reflecting on before and after an incident,” said Brian Kinniry, senior director, strategic services, The CEI Group.

For example, analyzing accidents by time of day, service fleets still experienced, on average, an 8%-10% accident rate during a majority of the work day. However, the peaks and valleys have altered somewhat. For example, for service fleets the hour between 8:00 a.m. to 9:00 a.m. remains the time period in which drivers are the most susceptible to accidents, and increased by 0.37%.

The time of day that is also the least likely to have service fleets experience an accident, noon to 1 p.m., had its accident likelihood increase slightly, by 0.67%.

In other data reported for this year, accident rates for drivers aged 36-45 was listed as the age group with the highest percentage involved in crashes in 2018. Accident rates for drivers increased in every other age group except those between the ages of 46-54, which dropped by almost 4%. Drivers between the ages of 26-35 saw the biggest increase, growing by 1.46% between 2017 and 2018.

In the last five years of data compiled for the survey, drivers aged 55 and older saw the largest increase in accidents, compared to other age group chunks: in 2013 this age group was at a 15.9% accident rate and in 2018 it jumped to 20.76% after years of gradual growth.