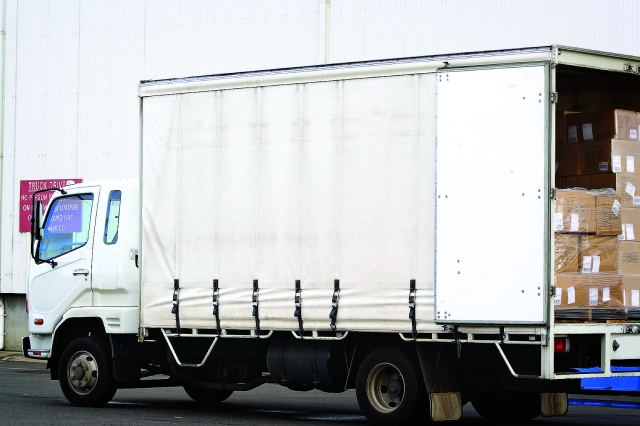 Vehicle replacement policy is one of the most critical aspects of fleet management. Nearly all fleet-related expenses, both fixed and variable, are influenced when a vehicle is replaced.

Since medium-duty trucks encompass a broad spectrum of fleet applications, there are consequently different techniques that can be used to calculate replacement cycles, with advantages and disadvantages associated with each.

An Art and a Science

Establishing replacement cycles for medium-duty trucks is both an art and science. It involves judgment, forecasts, and assumptions on one hand, and analysis of available data on the other. When financial resources are limited, the effort will focus more on prioritizing which one of many vehicle candidates should be replaced.

Keeping trucks in fleet service for extended periods has been a long-standing and somewhat widespread phenomenon. Typically, the more expensive the asset, the longer it will be kept in service, especially units upfitted with expensive auxiliary equipment. For example, service and utility fleets often have the highest capitalized costs, primarily due to upfitting, and tend to be those companies that keep their vehicles in service the longest.

Economic pressures, exerted by management, to realize short-term cost savings is the most common reason why truck replacements are deferred and cycling parameters are extended. For example, longer truck replacement cycles are more common for companies that self-fund vehicles, since deferring vehicle replacement is an easy way to stretch dollars when capital budgets are constrained. Similarly, in cyclical business segments, such as the construction industry, a number of companies look to cut costs during economic slowdowns by extending replacement cycles so cash flow can be diverted to other expenditures.

An important soft cost to consider is the cost of downtime. Companies dependent on truck assets to run their business will tell you it runs thousands of dollars per hour for unexpected truck downtime. Basically, if you extend replacement cycles you need to plan for unexpected repairs and the subsequent vehicle downtime.

When unexpected downtime occurs there are direct costs, such as lost revenue and penalties or fees on missed appointments, towing, temporary rentals, over time, and also indirect costs such as lower employee morale that need to factor in your risk analysis.

Critical component failures, which tend to occur more often with older assets, result in higher downtime costs per incident due to the complexity of the repair and longer turnaround time.

Opinions vary as to the total financial impact of extended vehicle replacement cycling, but there is one certainty, which no one disputes; maintenance expenses will go up. If they didn’t, the OEMs would not limit new-vehicle warranties by years and miles. The unknown is how much maintenance costs will rise as replacements are deferred. The magnitude of these additional maintenance costs to service aging assets is directly influenced by a company’s preventive maintenance program during the service life of the truck.

Sometimes a company will spend more money repairing a vehicle than it is worth. Essentially, they are substituting operating funds for capital expenditure funds. In some cases, fleets may have no choice if the capital budget is significantly constrained or reduced.

The biggest risk is not the cost of the repair so much as it is the downtime of a truck, especially when there is no replacement or backup unit available because of budget constraints that are driving the extended replacement cycle in the first place.

If budget constraints prompt replacement deferral, in some cases, older trucks can be substituted with long-term rentals, at least until the next year’s budget allows replacement. While a rental truck can function as a short-term bridge to next year’s budget and a form of insurance against unscheduled repair cost, it will still incur the additional expense of rental costs. Likewise, a rental truck may not be available in your local market that can perform the same work and specific task as that of the out-of-service truck.

For the first 35,000 to 45,000 miles, operating costs are generally limited to preventive maintenance, such as oil changes, wheel alignments, tire rotation, etc. Operating expenses spike upward when wear items, such as tires and brakes, need to be replaced.

These operating expense events are predictable and usually occur between 30,000 and 45,000 miles. Upon replacing these wear items, operating costs decline, but not back to the previous level. This upward “ratchet” effect continues throughout the life of a vehicle. Operating expenses remain at this new level until the second round of tires and brakes are needed, which occurs in the 60,000 to 80,000 mile range.

Actual maintenance and repair expenses are not so predictable and sometimes fall outside these forecasted increments as tires go flat, hoses breach, belts fray, or windshields need replacement as a result of being damaged by road debris.

Budgeting for vehicle replacement varies according to whether fleet assets are leased or owned.

Under ownership, most companies must establish a capital budget for acquiring assets. The capital budget is for the total acquisition cost of the vehicles planned for replacement. Thus, a critical step in preparing the budget is accurately forecasting the number of vehicles requiring replacement. Once the budget is in place, acquisitions are made using a capital expense authorization request. Because of the nature of the budgeting process under ownership, oftentimes vehicle acquisitions are made at a less-than-optimal time of year, for fear of losing the capital budget later that year.

In companies that own vehicles, deferring replacement to save money on the capital budget is easy. For that reason, oftentimes poor replacement practices are seen in which short-term capital expenditure savings are sacrificed for longer-term expenses and productivity impacts.

Acquisition budgeting for leased vehicles is a bit easier. Generally speaking, one lease payment is traded for another, plus any impacts from new-vehicle price changes and factory incentives. With leasing, the critical factors become optimizing the TCO in the following cost categories such as depreciation, maintenance, fuel, driver downtime, etc., all of which must be factored into the replacement decision.

Budgeting for vocational vehicle replacements can be challenging in a soft economy. To keep the fleet within a manageable age, a consistent replacement budget must be continually maintained. Vocational fleets require reliable vehicles capable of handling highly specific jobs, where downtime results in the lost productivity of a revenue generator.

As budgets for replacement vocational vehicles are cut, any capital savings achieved is generally shifted to the expense column of the operating budget. This is due to the increased total cost of ownership for an aging fleet.

Preventive maintenance is critical for vocational vehicles. As vehicles age, maintenance costs can increase significantly. In the case of upfit vehicles, these costs include the maintenance of ancillary equipment as well.

There are few benefits to extending replacement cycles unless an organization makes moderate adjustments to policy and manages the program very tightly. Small shifts in policy may be acceptable; preventive maintenance expenditures may not increase and the probability of catastrophic failure is not significantly increased. However, it is critical to establish and adhere to a policy that avoids additional sets of tires and brakes. Thus, if cycling parameters are extended to slightly below the next tire/brake/preventive maintenance interval, increased maintenance expense may be minimized and overall cost of ownership may be reduced.

As vehicles age, the probability of more expensive and potentially catastrophic repairs increases. Without adhering to a comprehensive preventive maintenance schedule, the timing of the unscheduled repairs becomes even more unpredictable.

When fleets extend replacement cycles, consideration should also be given to the impact on residual resale values; the potential costs and impacts of vehicle downtime and loss of productivity; and the increased probability of safety-related issues.