How the Pennsylvania Fleet Reduced Its Vehicle Count by 24% 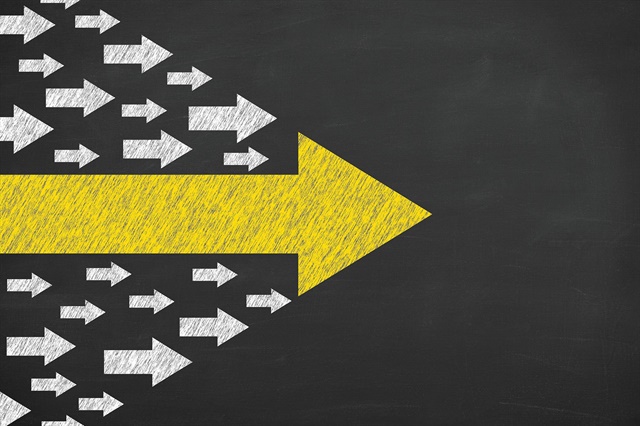 In 2011, a mandated 20% fleet reduction seemed daunting. But more than five years later, the Commonwealth of Pennsylvania has not only accomplished its goal, it has saved millions — and without sacrificing service. Photo: Getty Images

How the Pennsylvania Fleet Reduced Its Vehicle Count by 24%

If you had to give up one in every five fleet vehicles, what would you do? That was the task at hand for the Commonwealth of Pennsylvania fleet back in 2011. At that time, the newly elected governor sought to make the state’s government work smarter, more efficiently, and on less money. One way to do that? Reduce the fleet by 20%.

Aside from the governor’s mandate, it was high time to take a closer look at the fleet anyway. “In 2008-2009, the commonwealth put a moratorium on the purchase of new fleet vehicles,” said Jim Fiore, director of the Pennsylvania Department of General Services Bureau of Vehicle Management. “Agencies were forced to keep every unit they had and spent far too much on maintenance expense to keep these vehicles on the road. In 2012, it was decided to take a close look at the fleet and see just how bad it was.”

Pennsylvania reduced its fleet by:

The first step toward the fleet reduction was to gather an accurate inventory of all fleet units, then look at utilization for each. Which vehicles were being used, and how often? Were these vehicles really needed? To help gain this visibility, the commonwealth made monthly mileage reporting a requirement for all passenger vehicles.

The commonwealth had some vehicle data, too, but it wasn’t reliable. “One of the issues we had was that the commonwealth changed software vendors in the 2008-09 timeframe. Not all of the information was transferred over to the new system and, as a result, we could not count on all of the information to be accurate,” Fiore said. “It took us close to a year to get the current system up to the point where the data worked well for the task at hand.”

That meant the fleet had to face the daunting task of updating data on drivers, locations, mileage, and coding. “Once this was accomplished, we were able to run monthly reports and identify vehicles that could be retired immediately without affecting the service levels of the agencies,” Fiore said.
Once fleet staff determined which vehicles could be eliminated — but not missed — they set a utilization standard. If a vehicle wasn’t driven 1,000 miles per month or 80% of business days in a month, it was pulled.

Finding the Balance Between Rental, Pool, and Reimbursement

Just because drivers weren’t using vehicles 80% of the time or 1,000 miles per month didn’t mean they didn’t need vehicles at all. The fleet had to make a plan for these low-utilization drivers. It offered them three options: Rely on a rental car, reserve a motor pool vehicle, or use a personal vehicle and be reimbursed.

But drivers weren’t allowed to simply choose to use their personal vehicles and rack up reimbursements. Personal mileage was reimbursed at the federal rate of $0.56 per mile, but if the driver did not choose the lowest cost method of ground transportation, the state would only reimburse at a rate of $0.24 per mile. Had the commonwealth continued to reimburse personal vehicle mileage at the higher per-mile rate, eliminating vehicles could end up costing more money. With the lowered rate, employees would make the fiscally responsible choice.

To help drivers make the right selection, the fleet equipped them with a valuable tool: a Ground Travel Worksheet (GTW). Each time a driver needs a car, he or she uses the GTW to compare the cost of a pool vehicle, a rental vehicle, or personal mileage reimbursement (see example on this page).

“Our GTW allows the driver to link to an online rental system with our current vendor and reserve a rental car if necessary. Rental vehicles are available throughout the commonwealth at the state rate,” Fiore explained. “We have no drop-off charges, and the rental contract includes insurance.”

To ensure costs are accurate, the GTW is updated annually with the federal mileage reimbursement numbers, weekly with current fuel cost, and periodically with pool car cost as well. The fleet also keeps a keen eye on rental usage and mileage reimbursement each month to be sure the balance is still cost-effective. “If we find pockets where either is too high, we may increase pool vehicles in the fleet or even recommend a personally assigned vehicle to heavy users,” Fiore said. “One agency in the last quarter saved over $60,000 on rental expense by taking our advice.”

Achieving the Fleet Reduction — and More

Pulling vehicles from drivers rarely goes over well, and fleet management certainly saw its share of resistance from customers. But the fleet had a couple of factors on its side. First, fleet policy was changed, which helped the team enforce the new guidelines. Second, it had support from the administration. And third, it had results.

“Several agencies and drivers resisted, but now some of the biggest resistors are our best allies,” Fiore said. “They have seen the effect the changes have made on their bottom line — and without hurting their ability to perform their mission.”

The commonwealth not only achieved its goal of a 20% fleet reduction — it exceeded it. It went from a 9,886-vehicle fleet to a 7,529-vehicle fleet, a reduction of 24%. This allowed fleet to reduce capital expenditure and maintenance costs. “We have less liability exposure, too. And no agency or driver has been limited on performing their agency’s mission,” Fiore said.

Overall, the commonwealth’s estimated fleet savings is a whopping $63,592,000. “Our biggest accomplishment has been saving the taxpayers’ dollars, and after five years, becoming the agencies’ consultants on any moves they make concerning the fleet,” Fiore said.

Despite the success, Fiore says there is one key thing the fleet would have done differently. “We are in the process of installing telematics in our passenger fleet. If we had that ability when we began the process, we could have eliminated a lot of the resistance we received,” Fiore said. “It would have taken a lot of manual mileage input off the drivers and automotive officers. We could also have put in place more proactive measures to improve the driving habits of state drivers and reduced the number of accidents.”

Following its successful fleet reduction, the Commonwealth of Pennsylvania fleet has not rested on its laurels. In fact, several more improvements are in motion or in the works. These include: