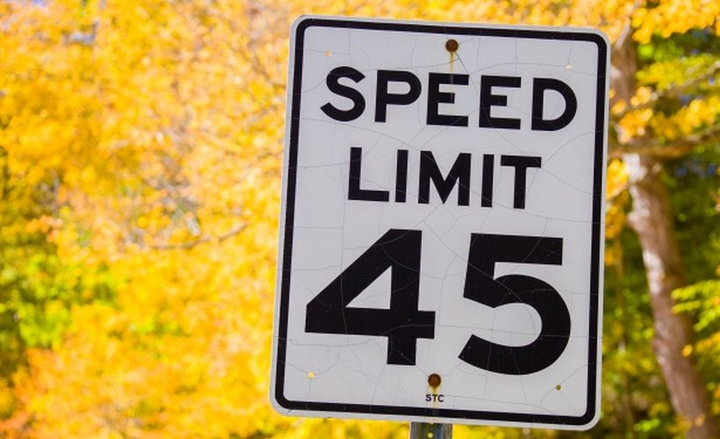 Increasing the posted speed limit by 5 mph can increase the fatality rate by 8%, according to a new IIHS study. Photo via PublicDomainPictures.net.

Speeding-related fatalities have increased with rising posted limits, according to a new study by the Insurance Institute for Highway Safety.

For the new study, an IIHS researcher analyzed the effect of changes in the maximum posted speed limit in every state from 1993 to 2017.

In total, over the 25-year study period, there were 36,760 more deaths — there were 13,638 on interstates and freeways compared to 23,122 on other roads — than would have been expected if maximum speed limits hadn’t changed over that time.

Speed limits are set by the states and have been creeping up since the mid-1990s. Presently 41 states have maximum speed limits of 70 mph or higher. Six states have 80 mph, and Texas makes it legal to drive on select roads at up to 85 mph.

Speeding remains one the nation’s top roadway problems and is responsible for approximately 10,000 fatalities a year.

Stakeholders such as government agencies, non-profits, safety advocates, and automakers are taking steps to remedy the speeding crisis.

For example, the IIHS and the Governors Highway Safety Association will host a forum on April 15-16 to address various approaches to the problem. The National Transportation Safety Board recently unveiled its 2019-2020 Most Wanted List of Transportation Safety Improvements and included implementing a strategy to reduce speed-related crashes among its top ten initiatives. Finally, Volvo Cars announced it will limit the top speed of its vehicles to 112 mph starting with the 2021 model year.