Hiring drivers is hard enough. But getting them to stay is even harder. Fleet Owner magazine says that more than 70 percent of drivers who leave a company will so do in the first year of employment, and 35 percent of drivers who quit will make that decision in the first three months. That’s a lot of drivers making for the exits early on. So how can fleets inspire drivers to stay for the long haul?and growth manager at Indiana Michigan Power Company (IMP), for insight. With 13 years of HR experience under his belt at IMP’s parent company, American Electric Power, Sturtz knows a thing or two about great recruiting tactics. “It starts with recruiting the right people and setting them up for long-term success,” Sturtz said. Here’s his take on five effective driver recruiting strategies that can help fleets attract, and retain, quality drivers.

A driver’s contact with a recruiter is often his or her first interaction with the company. That initial conversation can make or break a candidate’s impression of the organization, so Sturtz recommends hiring recruiters who listen and communicate well.

“When the recruiter-driver relationship gets off on the right foot, it can inspire the driver to want to work for your organization,” said Sturtz, who has more than 21 years of utility experience to his name. “It can also have the opposite effect, so getting it right the first time is key if the relationship is to continue.”

Start things off strong by hiring recruiters who have good instincts to bring on the right people, Sturtz said. During the interview, recruiters should ask questions that highlight how a candidate thinks.

“Is the applicant saying a situation would be everyone else’s problem, or do they acknowledge that it takes teamwork to be successful?” Sturtz asked. “Managers can teach someone how to be an engineer or a better driver. Soft skills, such as a positive attitude and effective communication, are harder to teach. It’s up to your driver recruiters to identify those skills in others—and it helps if they embody those skills themselves.”

2. When recruiting drivers, seek out candidates who match the company culture

Fleets can make a larger effort to understand drivers’ personalities and motivations, discovering who candidates are outside of work. Browse their social media accounts and consider offering personality tests, Sturtz said. He urges fleets without a firm company culture to establish one first and foremost. “Culture needs to be a part of how a company does business,” he said. “Otherwise, how can you hire employees who fit into your culture? You can’t. And that’s a problem.”

3. Create a dialogue with applicants

Discussing expectations with candidates early empowers fleets to attract drivers who keep an open-mind about company policies. If your company uses a behavior-based video telematics program, for example, communicate that to drivers during the interview process so there are no surprises later. “Workers who come to the table with a willingness to engage and adapt are more likely to be retained, so recruiters should look for those qualities in applicants,” Sturtz said.

Driver recruiters also can ask applicants two important questions: What would it take for you to stay in the job for five years? And what would cause you to leave in that time? “If we don’t talk about these jobs being long-term right out of the gate, why would we expect drivers to be thinking of them that way?” Sturtz asked. “Show them why it’s a viable long-term option and what’s in it for them.”

4. Use social media for driver recruitment

Fleets impacted by a driver or mechanic shortage must find a way to attract quality employees in the face of ramped up competition. As a result, “you have to market to drivers in their favorite watering holes. Today, that’s social media,” Sturtz said. “Consider running ads on Facebook, messaging drivers on Twitter and engaging with them on Instagram. If you don’t fish where the fish are, you’re not going to catch anything.”

A Stay Metrics survey released in May 2018 showed that 61.8 percent of truck drivers use social media, up from 57.6 percent in 2015 and 60.8 percent in 2016. While the number of drivers who predominantly use Facebook has declined from 97 percent to 85 percent since 2015, it’s still the most-used social media channel among them.

5. Ask drivers what’s most important to them

There’s something to be learned from Millennials, Sturtz said. When they seek a job, they’re not grateful for the opportunity just to be at the table, like people in generations past. Far from it.

“They ask, ‘What can this company offer me?’” Sturtz said. “It’s a different way of thinking. In response to that, we as business people need to do a better job of asking candidates, ‘What brings you to a company and what are you looking for in a job?’ Asking those questions is vital to finding workers who are a good fit and who could be retained longer.”

Would they like more home time, a great manager, excellent pay? “Whatever it is, make an effort to hire to their standards,” Sturtz said. “The folks that are going to fit the mold are the ones you want to work for you.” 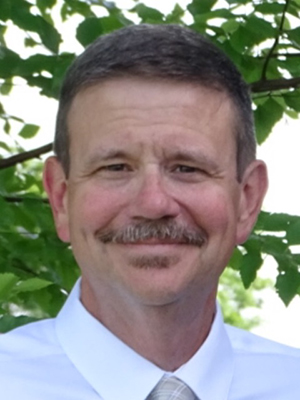 Previous Post
The Benefits of Deep Collaboration: Cutting Collision Rates in Half
Next Post
Why Near-Collision and Near-Miss Analysis Matters