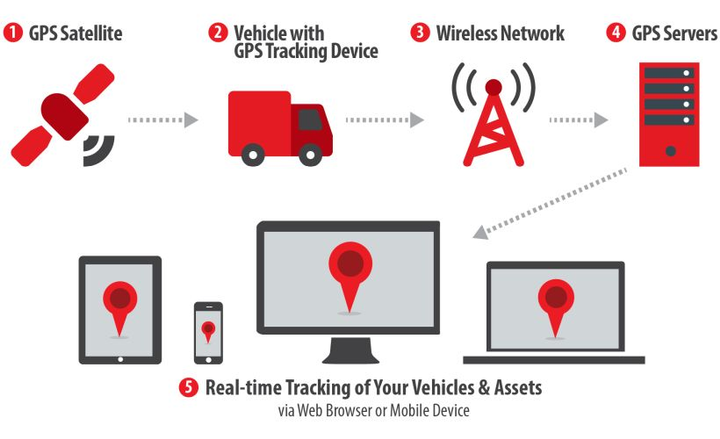 Growth in the commercial telematics market should exceed 50% in the next three years, according to a leading telematics analyst. Graphic courtesy of GPS Insight.

Commercial fleet adoption of telematics systems is expected to continue its torrid growth trajectory and increase to 20 million units in three years from the current 13 million units due to the growing popularity of GPS fleet and asset management systems and increasing interest in video-based driver management products and other solutions, according a leading industry analyst.

The projection of a 53% growth rate over three years comes from C.J. Driscoll & Associates “2019-2020 U.S. Mobile Resource Management Systems Market Study,” a 345-page analytical report that updates his 2015 report on these systems.

“One of the real trends we’re seeing is the increased use of video,” Driscoll told Automotive Fleet. “Video brings in another dimension to analyze driver behavior. It also helps reduce liability. Video doesn’t lie.”

In 2017 and 2018, commercial telematics growth was strongest in the trucking sector because the U.S. Department of Transportation mandated the use of these devices. Fleets that use AOBRDs will need to shift to ELDs by the end of this year.

Driscoll estimates there are 3 million of these devices in use with an even split between ELDs and AOBRDs. KeepTruckin is now the leading ELD provider, while Omnitracs has the most AOBRDs in service.

While the ELD growth wave has been a primary factor in recent years, it’s not expected to drive future growth in commercial telematics. That should come from growth in the local service and delivery market with traditional telematics products; asset monitoring of trailers, shipping containers, and other non-vehicle assets; and driver behavior management systems. Workforce management solutions, which are often accessed through smartphones and tablets, will also significantly contribute to overall growth.

Cellular carriers have increasingly entered the fleet telematics market in recent years, including T-Mobile and Sprint, so they can continue expanding their businesses into data services.

“The cellular carriers increasingly want to get involved in data,” Driscoll said. “There’s no growth in voice. It’s a saturated market.”

Join to The Fleet Management Group

In this group, you can know and share knowledge, experiences and meet people interested in Fleet Management over the world. Each week we publish posts, conferences, news, scientific papers, and technology related to Fleet Management.