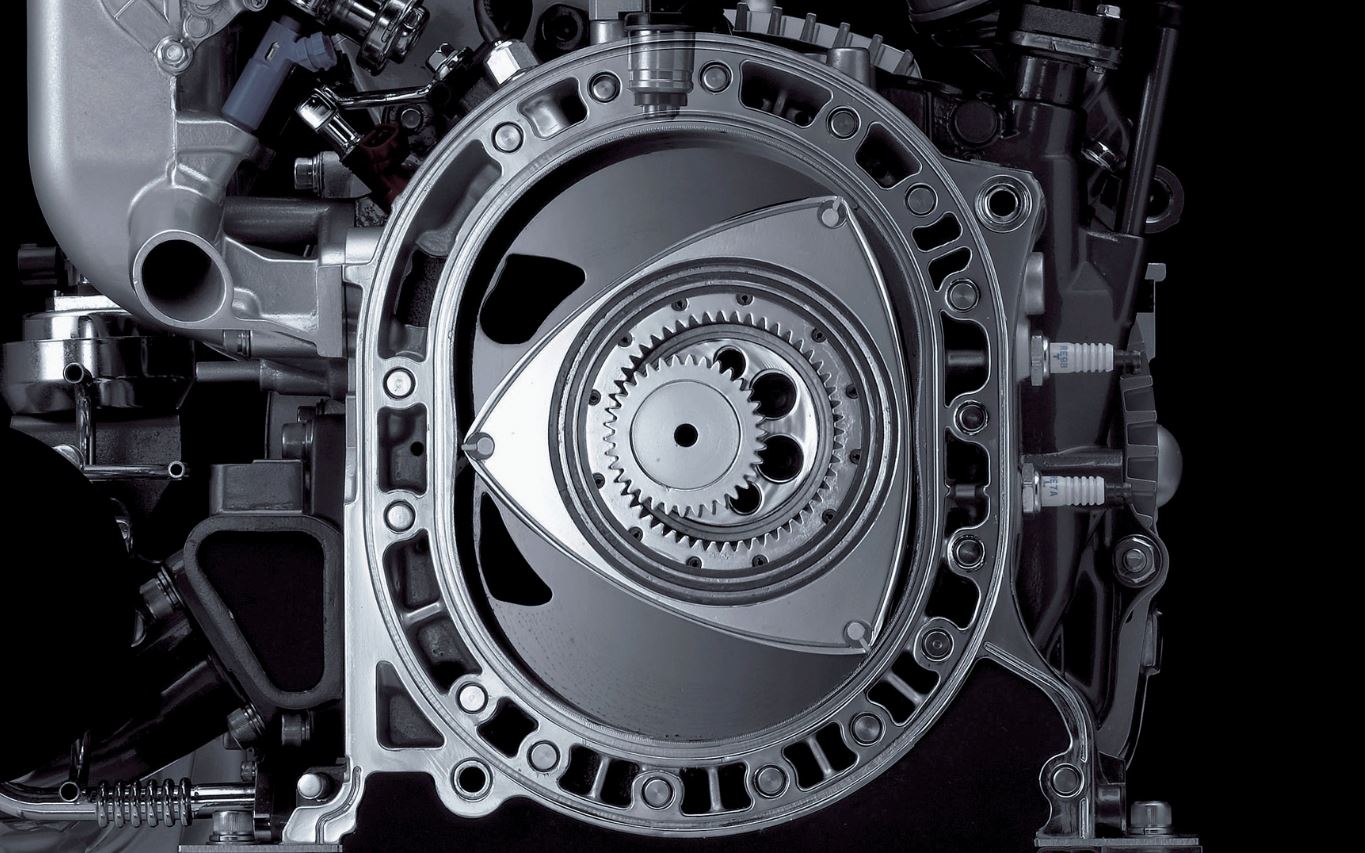 In an announcement from Japan in October, Mazda—one of the few established automakers to articulate a comprehensive longterm commitment to hybridization or all-electric vehicle propulsion—said it intends to incorporate some type of electrification in all its vehicles by 2030. Yet in nearly the same virtual breath, the company affirmed its connection to “soulful” forms of internal combustion, including a confirmation that it will renew its longstanding enthusiasm for the rotary engine.

In a carefully-worded statement, Mazda reminded that many credible forecasts call for internal combustion to remain the dominant light-vehicle propulsion source for perhaps decades to come, while discretely  laying out its plan for electrification—when and where it makes sense for the environment.

“Mazda will strive to reduce carbon dioxide emissions and enhance the joy of driving by deploying compact, lightweight electrification technologies while further refining the internal combustion engine, which is forecast to be equipped in the majority of new cars for many years to come,” the statement said.

“The company will introduce electric vehicles as the optimal solution in regions that generate a high ratio of electricity from clean energy sources or restrict certain vehicle types to reduce air pollution,” Mazda stated.

Mazda, for decades the auto industry’s stalwart— and only—promoter of the smooth and power-dense rotary (Wankel) engine, reignited enthusiast passion with its announcement that it will revive the engine that’s so inextricably connected with the brand, even if it will be in the muted role of range-extender for plug-in hybrid-electric (PHEV) vehicles.

Various company executives had hinted in recent years Mazda had not given up on rotary-engine development and even specifically mentioned its suitability as a range extender. The rotary-powered range extender—a concept also demonstrated recently by FEV in Europe—aims to leverage the engine’s compact size and high power output “to make multiple electrification technology solutions possible

via a shared packaging layout,” the company affirmed. The rotary engine’s compatibility with gaseous fuels enables it to burn lique fied petroleum gas “and provide a source of electricity in emergencies,” the Mazda release added.

Mazda has maintained its dedication to the connectivity between vehicle and driver that comes from internal-combustion (IC) engines, advancing high-tech IC innovations such as its recentlylaunched SpCCI gasoline-engine that blends the attributes of spark- and compression-ignition engines (https://www.sae.org/news/2017/09/ice-breaker), although the engine’s availability in the U.S. market has yet to be detailed.

The company also promoted its intent to further develop the diesel engine, from both environmental and enthusiast perspectives. The company said nearly two years ago it would introduce its newest diesel 4-cylinder for the CX-5 compact crossover in the U.S.—and although the official fuel-economy rating for the diesel-equipped 2018 CX-5 recently appeared at the U.S. Dept. of Energy’s fuel-economy website (www.fueleconomy.gov), the figures were mediocre.

Moreover, Mazda has yet to indicate in either its press or consumer materials that the diesel engine is available. With the current announcement regarding electrification, Mazda seems to be yielding to market and other pressures to increase its focus on electrified powertrains.

In addition to its intent to have all production vehicles using some form of electrification by 2030, the company also said that about 5% of vehicles produced will be fully electric. That means two distinct battery-electric models, the company added, with one of them being the electric-drive model employing the rotary engine to recharge its battery pack when the initial charge (from a plug-in source) is depleted.

In 2013, Mazda showed a Mazda2-based concept car that featured an electric drivetrain using a 0.33-L single-rotor engine as a range extender. The Mazda2 RE Range Extender concept’s rotary was claimed to provide an additional 100 miles-plus of range from a small gas tank.

The Wankel rotary engine has earned a reputation as an ideal choice for many owners and operators of small,  ropeller-driven aircraft. Compared to conventional piston engines, Wankel rotaries are small and lightweight with a high power-to-weight ratio. At this point, it’s difficult to improve on the Wankel design.

Unless one is considering changing the shape of the rotor—into a changing shape. A new configuration of a rotary engine—the Szorenyi rotary—has been developed by the Melbourne-based Rotary Engine Development Agency (REDA). While the stator, or stationary part of the Szorenyi engine is similar to that of a Wankel engine, the geometric shape of the engine rotor is a rhombus, which deforms as it rotates inside the contour of the stator.

This geometry translates to a rotary engine with four combustion chambers as opposed to a traditional Wankel rotary’s three. Each revolution of the crankshaft equates to one revolution of the rotor and a complete engine cycle in each of the chambers—resulting in four power strokes per crankshaft revolution. According to REDA, each four-stroke Szorenyi rotary module is equivalent to an eight-cylinder reciprocating engine.

The Szorenyi engine is also better suited for multi-rotor configuration than a Wankel rotary due to the use of peripheral ports when compared to the Wankel engine’s use of complex side ports, REDA claimed. Higher potential rpm limits mean the Szorenyi engine has a higher power density than the Wankel engine, which could translate into greater aircraft range, endurance and payload capacity.

REDA also noted that if a pre-compression phase was introduced, the engine could use diesel fuel—aligning with the U.S. military “one fuel” concept and making the engine a potential consideration for military applications. Full details concerning the design and testing of REDA’s new engine, are available in SAE Technical Paper, “The Development of the Szorenyi Four-Chamber Rotary Engine.” According to the paper, the Szorenyi engine could run on gasoline, avgas, butane or hydrogen, as the inlet and exhaust ports are well-separated.

Automotive Engineering magazine is the No. 1 resource for engineers across multiple disciplines in the automotive industry. Published 10 times annually, Automotive Engineering engages decision makers who buy and specify product. Each issue includes special features and technology reports, from topics such as: vehicle development and systems engineering, powertrain and subsystems, environment, electronics, testing and simulation, and design for manufacturing.