As consumers move to more flexible ownership models, is it time for fleets to take a fresh look at rental and car sharing to keep their business moving? Alex Grant and Jonathan Musk investigate.

“It’s meant there’s no need for a fleet manager.” 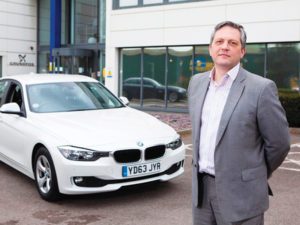 Grundfos Group, which claims a 50% share of the world’s water pump market – 16 million units per year, with products in an estimated 70% of UK households – has been an Alphabet customer since 2013. It’s enabled a zero ‘grey fleet’ policy in the UK, despite having no dedicated fleet management roles – staff mobility is shared between director of operations, Jason Funnell, and HR officer for EMEA region, Alex Smith.

From its Leighton Buzzard headquarters, Grundfos Pumps UK operates an AlphaCity carpooling service, enabling employees to have 24/7 access via a self-service web portal. This is augmented by AlphaRent short-term rentals, and AlphaRent+ for vehicles required for more than two months.

Replacing a multi-supplier setup, the company says it has enabled a much higher level of transparency, while reducing contact numbers for drivers, cutting management and invoicing time, and avoiding hidden costs. Staff have also reported preferring using a car they’re familiar with, rather than multiple vehicles.

“With approximately £50,000 spent last year on rental vehicles alone, it could be a full-time job pulling all that information together,” says Funnell. “But with Alphabet we receive one simple, standard regular report that tells us everything we need.” 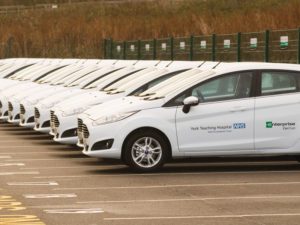 In 2014, the York Teaching Hospital NHS Foundation Trust began operating hourly rentals of Enterprise Car Club vehicles at York Hospital. Following the success of the initial programme, the Trust has expanded this from 10 to 37 cars, and now operates rentals from 10 locations in the region.

Previously, the Trust relied heavily on employees using their own cars for work trips, who would then claim mileage reimbursement. These ‘grey fleet’ trips quickly amounted to a significant annual cost for the Trust, while it was also difficult for it to ensure cars used were properly maintained.

Using Enterprise Car Club for short trips and Enterprise Rent-A-Car vehicles for journeys of over 50 miles has saved the Trust £24,000 annually. The organisation recognises that Enterprise rental cars are newer and therefore benefit from the latest low-emission technology when compared to the grey fleet relied upon previously. In addition, employees have been encouraged to use public transport rather than driving their own car to work. It has also been easier to manage; Enterprise cars being fully maintained and requiring valid driving licences and business-use insurance, whereas previously there was no control. 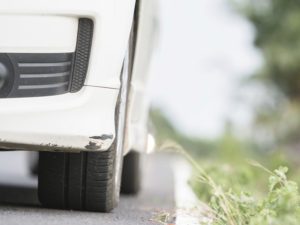 For Maersk, this covers a wide range of requirements. FleetEurope provides ad-hoc transport for employees without a company car, including one-way hires, plus transport for cadets to enable them to get to training sessions without using their own vehicles, and longer loans for staff on probationary periods. This can be anywhere between one day and more than 90.

Flexibility aside, it’s enabled Maersk UK to cut 13% of its rental expenditure. The company changed suppliers because of FleetEurope’s De-Risk cover, said to be unique to the industry, which means repairs up to £500 are covered, including lost keys and misfuelling, regardless of fault. This had previously cost “thousands” due to repair costs and administrative time of lengthy claims processes. 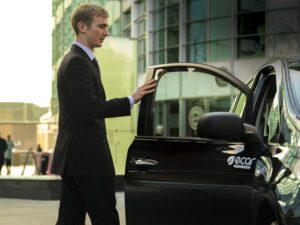 Since September 2013, Poplar Housing and Regeneration Community Association (Poplar HARCA) has used two shared electric vehicles during business hours. In addition, more than 1,000 club-registered local residents are able to use the EVs at evenings and weekends, when private demand is at its greatest.

During an average week, the electric cars are used 35% of the time, which is said to be exceptionally high in car club terms, and the service has been popular with staff and residents.

In February 2015, Poplar HARCA lost funding that was used to pay for exclusive use of the cars during business hours, but it was agreed with E-Car that retention of the scheme was crucial, since it had become a vital community asset. In return for providing a limited amount of free hours per week to Poplar HARCA for business use, E-Cars has been given free local advertising that has increased the number of local users.

“Budgeting is easier, and our company image has benefited.” 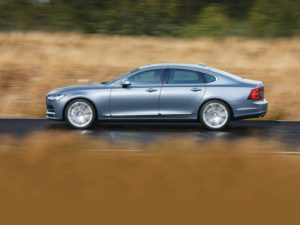 Club Class Chauffeurs recently moved from a hire purchase fleet, operated for three to four years, to medium-term rentals of around six months through Meridian Vehicle Solutions. Its entire fleet; 50 vehicles, based in Sussex, Heathrow, Leicestershire, Birmingham and Gloucestershire, is funded this way.

This has cured several problems. High mileage and long lifespans tended to cause reliability problems and issues with poor vehicle condition, the latter being a big issue for the business. Moving to a fleet of Volvo S90s and V90s, supplied brand new and pre-licensed for chauffeur use with the appropriate local authority, has offered fixed monthly payments and typically only one service and set of tyres, cutting administrative costs and making it easier to budget. Having the latest technology and comfort features on board has also been good for the company’s image.

“Using medium-term rental is quite a radical model but it is one that is working well for us,” says Jonathan Dow, the company’s managing director. “It allows us to operate a fleet that has a superb image and absolute reliability, both features that are essential in the chauffeur sector.”

“It’s meant we can switch to electric cars.” 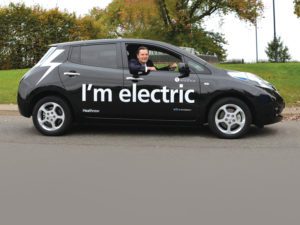 Heathrow Airport Limited rolled out a Hertz Go carpool fleet in 2010, replacing 12 leased vehicles with nine car-sharing vehicles used by employees at the company’s head office to travel around the campus and off-site meetings.

Five years later, the service comprises eight fully electric vehicles, contributing to the airport’s plans to swap 100% of its fleet to electric, under the Heathrow 2.0 sustainability plan. It’s avoided the need for employees to use their private vehicles, thus eliminating mileage and parking claims, or have leased vehicles, which are stationary during a significant part of the day.

For Heathrow’s Surface Access team, responsible for reducing private car trips to the airport, there’s little management involved. Hertz Go is a turnkey solution, with vehicles accessed using pin pads on the cars’ windscreens and offering data on driver behaviour and utilisation. In turn, it’s increased efficiency of the pool fleet, and cut costs compared to a larger leased fleet serving the building.

“It keeps us mobile in a crisis.”

Based in Cheshire but with sites across the UK, property maintenance contractor Barlows introduced short-term rental through Fourways in 2016. It’s provided a service which keeps its engineers mobile when any of its own fleet, comprising 250 vehicles, is off the road for maintenance, breakdowns or repairs after an accident.

The benefits have been substantial, the company says. From 2,000 sites across the UK, Fourways can provide a car within two hours, a standard-specification commercial vehicle within four, and it has vehicles fitted with ladder racks and tow bars. It’s meant Barlows engineers can cut downtime and avoid rescheduling, and there’s no need to use another vehicle to go and rescue them.

Working with Fourways has also offered the advantage of flexible shorter-term rentals, for projects where vehicles aren’t available and there’s no need to buy or lease one. “Their ability to service our requirements, nationwide and locally and sometimes at short notice, is excellent,” says the company’s fleet manager, Mark Barlow.

Join to The Fleet Management Group

In this group, you can know and share knowledge, experiences and meet people interested in Fleet Management over the world. Each week we publish posts, conferences, news, scientific papers, and technology related to Fleet Management.